A training officer, was allegedly fired on the spot for opening a ballot box at the request of a voter. 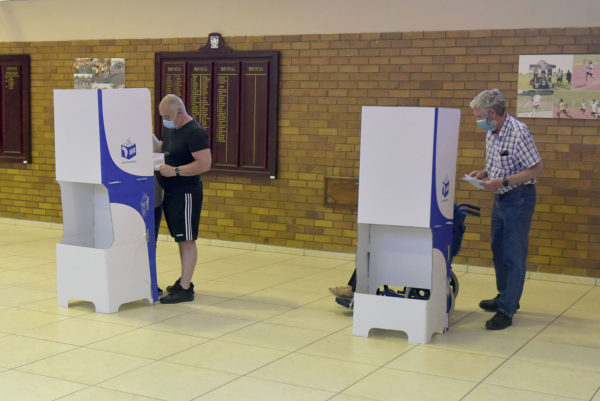 More than 20 000 Electoral Commission of South Africa (IEC) officials were trained to oversee the municipal elections in Limpopo on Monday, but political parties have since cast doubt on whether the training was sufficient.

This was after a training officer, who allegedly had years of experience in elections, was fired on the spot for opening a ballot box at the request of a voter.

Since the incident, opposition parties in Limpopo have cried foul, claiming it would be improper to declare the Monday elections free and fair.

“We have a reason to doubt the outcome of the municipal elections. IEC officials are also members of political parties. They have their own preferences and will for their political parties to win the election,” said Van der Walt.

“We have already registered a sizable number of complaints with the IEC, some are been attended to right on the spot while others are still outstanding.

Another disgruntled political leader, who spoke on condition of anonymity as he was not officially permitted to speak to the media on behalf of his party, said: “The recent incidents both in Botlokwa and elsewhere
in Limpopo question the integrity of the commission to run elections.

“They have trained 23 000 people to run the elections. One would ask if the training was quality or quantity. If the training was of good quality, why then do we have mumbo-jumbo presiding officers such as the one in Botlokwa?”

The IEC reported this week that the incident took place at the Botlokwa voting station near Soekmekaar, when a voter was alleged to have requested the box be opened after an error was made on a ballot paper.

“If a voter makes a mistake on a ballot paper, they can request a new paper from a presiding IEC official, but once the vote is placed in the ballot box, errors cannot be undone. Even if all party agents agreed to the procedure of opening the box, it was incorrect in law,” said the IEC.

EFF, ActionSA support could put DA in a corner, say analysts
5 days ago
5 days ago
PREMIUM!

EFF, ActionSA support could put DA in a corner, say analysts
5 days ago
5 days ago
PREMIUM!