Ramaphosa called on young people to emulate Mokaba if they are to have an organisation that engages in meaningful conversations that will build the country instead of just releasing insulting statements on social media. 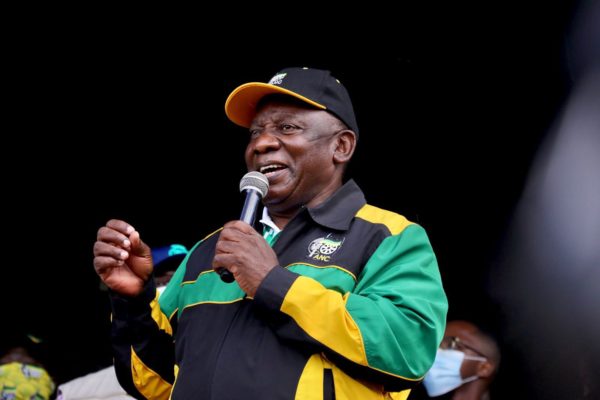 Ramaphosa delivered the Peter Mokaba memorial lecture in Polokwane on Friday ahead of the party’s anniversary celebration at the Old Peter Mokaba stadium on Saturday.

“We need to stand back and see what we can draw from the life of Peter Mokaba, who led young people through the darkest time of our nation when apartheid rulers thought they would rule the country forever. He was taken from us at a young age and we lost his energy, political acumen at the moment when we sought to build a united South Africa,” Ramaphosa told young people.

“His legacy in political consciousness leaves on, your presence is a confirmation of what Mokaba stood for. He also heightened the level of militancy among young people. He was courageous and disciplined, not what we see today. He was a soldier, warrior and highly disciplined in ANC politics and principles.”

Ramaphosa called on young people to emulate Mokaba if they are to have an organisation that engages in meaningful conversations that will build the country instead of just releasing insulting statements on social media.

Ramaphosa assured the youth that the ANC government was doing all it can to address the high youth unemployment in the country, including efforts on increasing young people’s skill base.

“Many of you are not working, not in training and don’t have necessary sills to take you forward. This is what we have to respond to. Covid-19 pandemic deepened the unemployment in our country. 46% of young people are unemployed, this is why the ANC as a movement has placed the creation of employment at the centre of our efforts. All our efforts will be focused of creating jobs and increasing your skills.

“We must pay attention to suggestions such as a medical university and mining college in Limpopo. There are comrades bringing in proposals to advance the youth of the country. It’s not like we’re sitting and doing nothing about the issues of young people. Economic freedom which Mokaba advocated for must happen now. We need the youth league to attract highly educated people and future industrialists because they are the future of the party and country.”

Ramaphosa also reiterated his message of “one round, one condom”, saying teenage pregnancy and HIV were “out of hand”.