Al Jamah-ah party says it would prefer to work with the ANC, due to the party's liberation credentials. 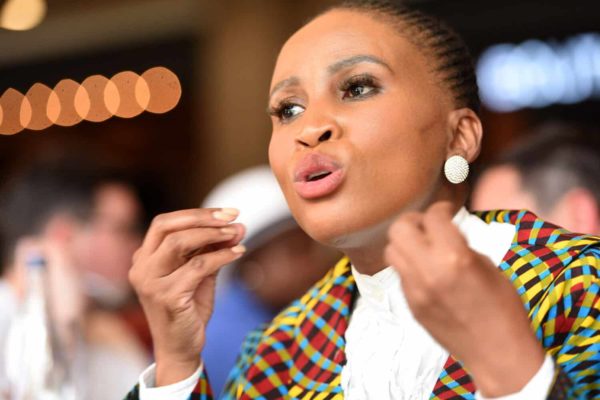 Johannesburg Mayor, Mpho Phalatse speaks to The Citizen at Sandton, 27 September 2021, about her vision for the city. Picture: Nigel Sibanda

The DA could find themselves short of three votes in upcoming motions in the City of Joburg council, after Al Jama-ah turned down the party due to its support for Israel, taking their three seats with them.

The DA was forced to form coalition governments in Gauteng’s hung metros of Johannesburg, Ekurhuleni, and Tshwane, after the EFF chose to hand them the mayoral chains over the ANC.

Al Jama-ah leader Ganief Hendricks said he had met with the DA federal council chairperson Helen Zille, who asked for the party’s three votes in Joburg ahead of upcoming crucial council sittings.

“Zille said she did not want to go to the EFF on her knees, begging for their votes. The DA supports Israel, and that is against what we stand for. Al Jama-ah supports the people of Western Sahara [annexed by Morocco] and Palestinians… and I did tell Zille that DA support for Israel is a support for apartheid,” Hendricks said.

He added that his party preferred working with a liberation movement, and that the ANC was the only such influential movement left in the country.

“Our [Gauteng] provincial chairperson held a meeting today [Monday] with the ANC, so we can find a way to work together, not only in Johannesburg but across the country. We have constituencies and are able to help move this country forward.”

The DA has made it clear that it won’t go into a coalition with either the EFF or the ANC. Aljamah-ah has already concluded a meeting with the EFF and was set to meet with the ANC, Hendricks said.

When asked who the DA will turn to in Joburg, Zille wouldn’t say.

“In government, in Johannesburg as in other councils, several parties plan to vote on issues on a case-by-case basis without formally joining the coalition. I spoke to Mr Hendricks of Al-Jama-ah telephonically. He made his position clear (not everyone in his party agrees with that) and we accept their position. They were never part of the coalition as they never signed the coalition agreement,” she said in a written reply.

DA provincial leader Solly Msimanga said although he attended a Tshwane caucus meeting along with Zille on Monday, he didn’t have details on Zille and Al Jama-ah meeting, and wouldn’t comment.