The disbandment of the EFF's provincial structures included all of the party's regional command teams and branch command teams in Limpopo. 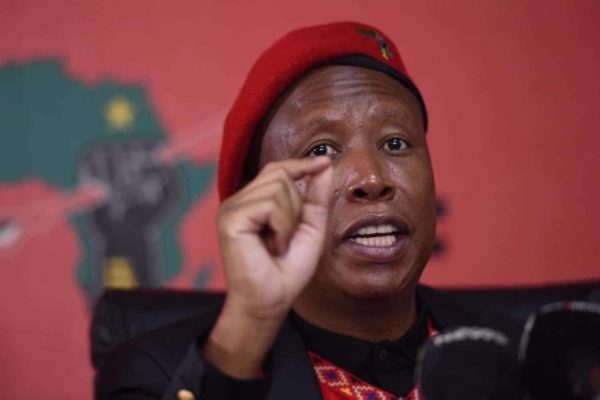 This was revealed by EFF leader Julius Malema on Tuesday during a media briefing in Johannesburg on the outcomes of the Red Berets’ plenum held over the weekend in Boksburg, Ekurhuleni.

Malema said the decision to disband the EFF’s PCT in Limpopo – which is led by his longtime political ally Jossey Buthane – was taken by the party’s central command team (CCT) – the EFF’s highest decision-making structure.

The disbandment of the EFF’s provincial structures included all of the party’s regional command teams and branch command teams in Limpopo.

“The CCT took exception to the electoral decline of votes and seats in Limpopo. As a result, the CCT resolved to disband Limpopo PCT, all regional command teams, and branch command teams.

“The organisation will rebuild all constitutional structures and recruit members towards the provincial People’s Assembly,” Malema said.

The CCT resolved to deploy EFF MP and former national spokesperson, Mbuyiseni Ndlozi, as the convener.

Ndlozi will be tasked with leading the party’s organisational processes in Limpopo ahead of the provincial People’s Assembly that is expected to elect new leadership.

The other members who would form part of the six-person team deployed to the province included Rebecca Mohlala, Mgcini Tshwaku, Jannette Komane, Thembi Msane, and Leigh-Ann Mathys.

All provinces of the EFF are set to convene their Provincial People’s Assemblies before the end of this year.

The decision by the EFF to dissolve its structures in Limpopo followed a similar move by the party in 2016 to disband its provincial structures in KwaZulu-Natal and Eastern Cape ahead of the 2019 general elections.

Malema said the EFF was today reaping the rewards in the two provinces due to the interventions taken by the CCT at the time.

He emphasised the dissolution of the structures had nothing to do with factionalism or infighting in the party.

“Today we are celebrating KZN and the Eastern Cape. KZN is the first province to have seven deputy mayors of the EFF,” he said.

The firebrand politician said they were concerned about the decline in the party’s electoral support in Limpopo, particularly in rural areas where the ANC holds on to power despite the lack of development in local communities.

Malema said the EFF wanted to turn this around in time for the 2024 general elections.

“When the secretary-general presented the numbers of what’s really happening in the country, particularly in Limpopo, it was very clear that we’re taking the Cope [Congress of the People] route in Limpopo.