In a statement last week, Mathabatha’s office said: 'The Premier of Limpopo has accepted the resignation of Mhlongo with immediate effect.' 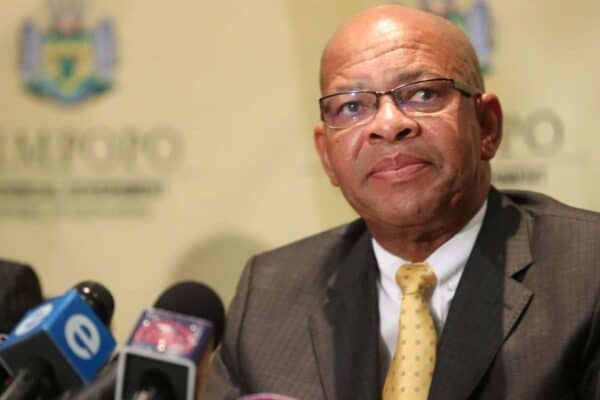 The resignation of the head of the department of health in Limpopo has raised questions in the province with many alleging the move aimed at evading arrest.

Thokozani Mhlongo resigned at the weekend while she and other officials were being investigated by the Special Investigating Unit (SIU) for alleged corruption of more than R125 million in the personal protective equipment (PPE) tender.

The SIU said yesterday it has completed its investigations. On hearing the news about the Mhlongo’s resignation, the Democratic Nursing Organisation of South Africa, which oversees the day to day activities of the department, said: “Good riddance”.

The organisation said this week that under Mhlongo’s leadership, the health system had deteriorated.

“There are shortages of nurses in clinics and hospitals, non-absorption of post-community service nurses, non-intake of new nursing students by Limpopo nursing college, acute shortage of ambulances and failure by clinics to provide 24-hour service due to shortages of nurses,” said the organisation.

“We are also disappointed as Mhlongo resigns at the time when the public was looking forward for Premier [Stan] Mathabatha to implement recommendations by SIU and public prosecutor on corruption and maladministration against her and other exco-members,” Denosa provincial chair Lesiba Monyaki said in a statement.

In January this year, President Cyril Ramaphosa released the SIU report after satisfying himself with the findings. The report was officially handed over to Mathabatha with referrals by the SIU.

According to the report, the Limpopo health department had irregularly awarded PPE tenders worth R125 million. The report further revealed that one of the companies which benefitted from the tenders was hand-picked during the procurement processes.

In a statement last week, Mathabatha’s office said: “The Premier of Limpopo has accepted the resignation of Mhlongo with immediate effect.”

Limpopo provincial government spokesperson Ndavhe Ramakuela said they had established a committee to deal with the disciplinery processes of those who were fingered by the SIU report in the Limpopo PPE tender row.

“All the five officials fingered have already appeared before the disciplinary committee,” he said.