Ramaphosa ‘mustn’t test our patience’, he must ‘resign or else…’ says Malema

Julius Malema says the EFF will work with all political parties, including the ANC towards a motion of no confidence against Cyril Ramaphosa. 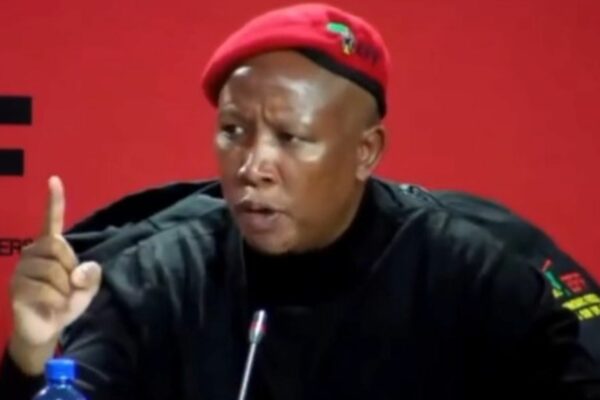 Leader of the Economic Freedom Fighters (EFF), Julius Malema, says they will approach all political parties in Parliament, including the ANC, to work towards a motion of no confidence against President Cyril Ramaphosa.

Speaking during a media briefing in Johannesburg on Thursday afternoon, Malema said the EFF is concerned about what he described as the continued degeneration and devastation of South Africa under the current administration of Ramaphosa, and the entire collective of a “failed former liberation movement”.

“We know that the former liberation movement, like all of them in the African continent, is not a solution to the people of South Africa. Rather, the conditions of our people are getting worse, and all systems that guarantee dignity for our people are crumbling,” Malema said.

He said since Ramaphosa assumed office as President of South Africa, there has been crisis after crisis and worse, the quality of lives and livelihoods for millions of our people are degenerating.

On how they plan to take on Ramaphosa, Malema said this will be no ordinary motion of no confidence.

He said they will approach the motion differently this time around by among others, going to the courts as well as engaging all political parties in Parliament, include the governing ANC.

“We will approach the Courts of South Africa to compel Parliament to conduct a thorough and transparent investigation of all the crimes committed by Cyril Ramaphosa, with the aim of building a solid case for an impeachment.

“We will write a formal communique to the ANC and ask them to stand with us on this matter. The president is held by a faction, your Ronald Lamolas, that feels that they will become collateral damage when he leaves.”

Malema said it is not only Ramaphosa who must leave. He called for under fire police minister Bheki Cele to also resign.

“Who keeps his job after so many children have died in the Eastern Cape? Who keeps his job when the crime levels are so high? We need our police back. The state is now descending into a lawless state.

“Our people are not safe and government is nowhere to protect and save the people,” he said.

Malema also called on all citizens to join on a national shutdown, to demand our country back from an incompetent, directionless, and a criminal syndicate that enjoys the protection of white monopoly capital and its media.

“We cannot fold our arms and do nothing when our country is being sold to the dogs.

“The EFF will also form part of all progressive formations and organisations in South Africa to plan and engage in a national shutdown, which will seek to remove Ramaphosa from office,” Malema said.