Yengeni slated for ‘Alex waiting for Mashaba with tyres’ tweet

The mayor has clapped back to query the comment which, according to him, promoted criminality. 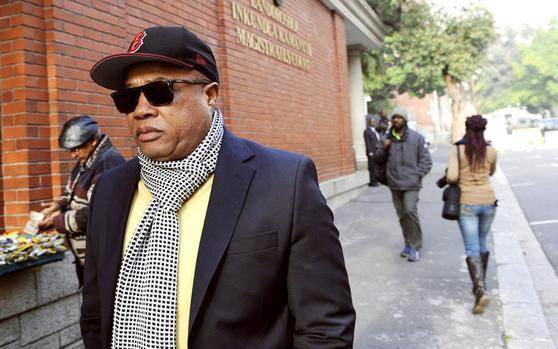 Yengeni in a tweet mentioned ongoing protest action in Alexander and suggested that the people of Alexander were waiting to possibly necklace the mayor with burning tyres.

“The people of Alex have spoken… they want mayor Mashaba to come to Alex… The mayor has run away..! Those tyres are clean and nicely polished waiting for the mayor.”

How did our country get to this level of senior members of @MYANC promoting such criminality? https://t.co/DmIuckOMV7

Mashaba clapped back to query the comment which, according to him, promoted criminality.  Yengeni’s tweet comes in the midst of protest action in Alexandra. The Alexandra residents have been protesting for nearly a week, angry at what they call the failure of the government and the city council to attend to their grievances.

They say they are tired of lawlessness, poor service delivery, and the increasing number of informal structures mushrooming in the township.

Locals have made it clear that they demand intervention from the city’s mayor who, according to them, was nowhere to be seen during ongoing protest action.

Mashaba responded to the criticism suggesting that he was sleeping on the job by saying he ran a city of five million people with over 200 informal settlements.

Protests action continues on Monday as Alexandra residents seem undeterred by rain. They plan to march to the neighbouring wealthy area of Sandton to protest the lack of service delivery in their township.

Johannesburg metro police spokesperson Wayne Minnaar said the department was geared up for the protest, with a large contingent of officers deployed along the main routes to Sandton as well as on minor roads.

What are the tyres for Cde Tony

You a criminal and a disgrace inciting violence.

SIES!You are so desparate for votes that u will tweet kak lyk this Mr yengeni.Grow up Mr yengeni!!!!

ANC going the same path as other African revolutionaries
6 hours ago
6 hours ago
PREMIUM! ANC going the same path as other African revolutionaries
6 hours ago
6 hours ago
PREMIUM!