No, there isn’t a planned ‘Free Zuma’ protest in Richards Bay today

The City of uMhlathuze said the document requesting authorisation to host the protest was invalid. 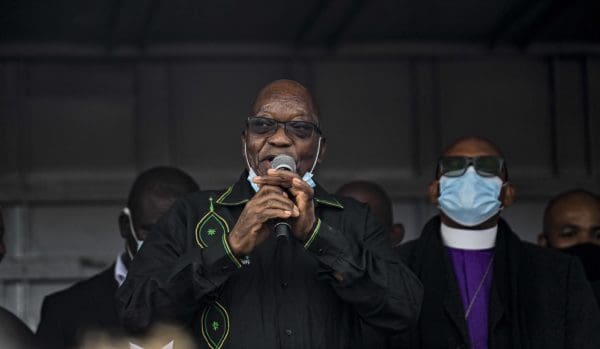 The City of uMhlathuze Municipality issued a notice on Wednesday to distance itself from a “planned Free Jacob Zuma” protest, allegedly scheduled to take place in Richards Bay.

An authorisation request – on a City of uMhlathuze letterhead – has now been classified as false.

The document called for the authorisation to host a “Free Zuma” protest in the open space next to the ZCBF entrance in Richards Bay on 28 July at 8am, under the condition that 20 marshalls be appointed and permission to host a protest be obtained.

A memorandum would reportedly be delivered to the Department of Correctional Services. Moreover, the statement said participating members would gather at the ZCBF entrance and proceed down Guldengracht Street and East Central Arterial.

One netizen said on social media: “Those who thought it was finished, they didn’t know we just started. Richards Bay will be on it again. We want one thing only. Free Jacob Zuma, free our father.”

However, the City of uMhlathuze said the document was invalid.

“Kindly note that the attached letter purporting to be the authority from the City authorising a march planned for tomorrow (28 July 2021), is invalid.”

It was previously reported that the City of uMhlathuze did give authorisation for the protest but abruptly cancelled the request without providing a reason.

The SA Truckers group posted an alert saying the information they shared on social media “was apparently fake, however, this should not be a reason for us to relax”.