The witness says the former minister was also concerned by the instruction to replace Themba Maseko with Mzwanele Manyi. 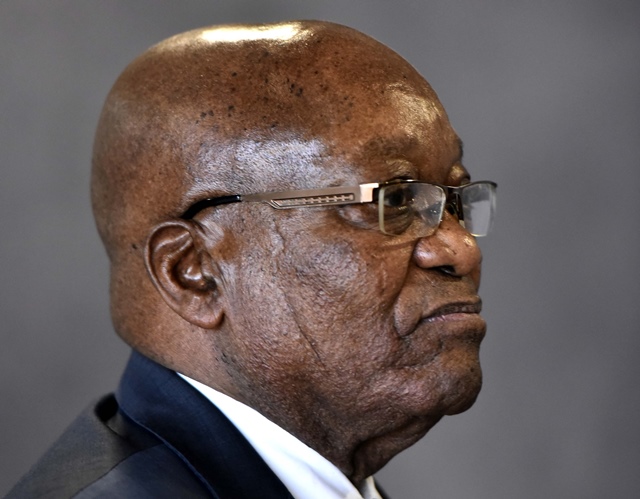 A witness on Monday, Brent Adrian Simons, told the chairperson of the commission of inquiry into state capture, Deputy Chief Justice Raymond Zondo, that the former minister in the presidency, the late Collins Chabane, told him that former president Jacob Zuma had instructed the minister to get rid of former Government Communications Information Systems (GCIS) director-general (DG) Themba Maseko.

This evidence is contrary to testimony given by Zuma, who recently told Zondo that he did not issue such instruction and that he believed the minister may have been “name-dropping”.

According to Maseko’s testimony, Chabane was allegedly instructed by Zuma to “redeploy” or terminate Maseko’s contract at GCIS because he, Maseko, was not cooperating with the Guptas, who had allegedly attempted to pressure the former GCIS head to place government advertisement with the family’s The New Age newspaper.

Simons, the former chief director from the office of the minister in the presidency, on Monday told Zondo that Chabane was concerned by Maseko’s removal and subsequent appointment of Mzwanele Manyi as Zuma had allegedly instructed.

Simons further said Zuma’s suggestion that Chabane had name-dropped the former president when removing Maseko “is totally contradictory to the character of the minister”.

Simons said Chabane had been concerned with Maseko’s removal because GCIS functioned optimally under his leadership which the minister lauded as well.

Simons told Zondo he did not believe Chabane was lying about being instructed by Zuma to axe Maseko.

He is expected to return to the commission at a later stage to conclude his evidence to allow parties implicated in his testimony “adequate notice”.