The witness says unknown men asked her family members about her whereabouts and an attempt was made to break into her house. A witness at the commission of inquiry into state capture, Babadi Tlatsana, has left the country “in fear for her life”, the chair of the inquiry, Deputy Chief Justice Raymond Zondo, heard on Thursday.

Tlatsana is a North West businesswoman and sole owner of Koreneka Trading and Projects who appeared before the commission in June and had testified about how her company won a R51 million airports job in the province without having experience and without a tender process being followed.

Evidence leader at the commission senior counsel Kate Hofmeyr told Zondo that after her testimony she was requested to provide a further affidavit to the commission in which she would account for the R51 million paid into Koreneka.

Hofmeyr said in the process of obtaining the said affidavit, the commission interacted with Tlatsana’s legal representative, Julian Knight, who indicated that the businesswoman had been threatened and intimidated after her testimony, which led to her fleeing the country “in fear for her life”.

Hofmeyr said Knight submitted an affidavit with the commission which outlines Tlatsana’s fears.

Hofmeyr said Knight stated in the affidavit that he was advised by Tlatsana that “out of fear for her safety” she decided to leave the country to a destination unknown to him.

Knight stated in the affidavit that Tlatsana had told him that she had observed “suspicious activity” around her place of residence in Mahikeng and that unknown men, who did not identify themselves, had approached her family members to enquire about her whereabouts.

Tlatsana further told Knight that an attempt was allegedly made to gain entry to her house.

Hofmeyr said Knight stated that Tlatsana had advised him that she had appointed an auditor for the purposes of completing the additional affidavit the commission had sought.

Hofmeyr said the commission took this information very seriously and has engaged its investigators to deal with matters relating to security and for them to provide regular updates.

Zondo said the threats and intimidation to Tlatsana were quite concerning and requested that he be kept up to date about the matter.

Tlatsana is not the first witness to raise security-related issues.

Former president Jacob Zuma told the commission in July that a threat to his life was made following the first day of his testimony at the inquiry.

Earlier in the year, a senior police officer informed the legal team of the commission that former Bosasa COO Angelo Agrizzi’s life was under threat following his marathon testimony at the inquiry.

Last year, a teary-eyed Vytjie Mentor, the former ANC MP, told the commission that she was worried about her safety in the hotel she was staying at while she testified at the inquiry.

Zondo also said it was concerning that police in Mahikeng, North West, had seemingly made no progress in a separate case of intimidation that Tlatsana had lodged more than a year ago.

Hofmeyr said Tlatsana lodged the case at Mahikeng on 4 January 2018.

The evidence leader said a senior police official said after perusing the docket, officers “were in dismay to learn that there was nothing positive that the investigator did in the docket and there was no command and control from the commander’s side”.

She said this led to the investigator in the matter being removed from the investigation and the case now is being investigated by the police’s provincial office.

Furthermore, a disciplinary probe has been instituted against the said investigator.

“It appears as if no investigation whatsoever was done on it and that raised concerns to the provincial commissioner,” Hofmeyr said.

She added that the commission’s investigators are seeking to take up aspects of that intimidation case and work with the police.

The commission will hear the testimony of Vivien Natasen, the director of Neo Solutions, who is back on the witness stand for a second time.

Watch the proceedings live, courtesy of the SABC: 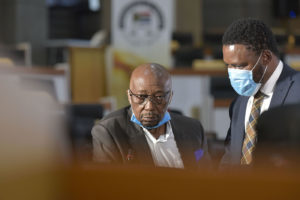 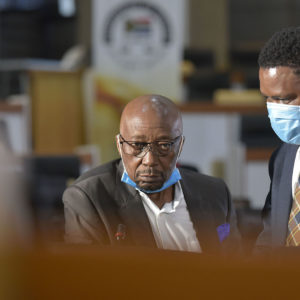 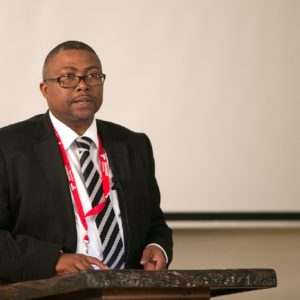 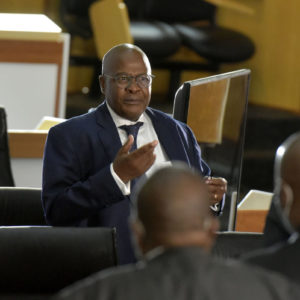