I told Hawks the Secret Services Account was being abused, also by myself, Zondo hears

The witness said a senior crime intelligence official was upset when he told him he had told the Hawks that the agency slush fund paid Richard Mdluli's rent.

Ex-crime intelligence member Colonel Dhanajaya Naidoo on Friday told the commission of inquiry into state capture that the head of the agency’s slush fund, former police Major General Solomon Lazarus, was “furious” and “upset” when he told him of his admission to the Hawks that the Secret Services Account (SSA) paid the rent of former intelligence boss Richard Mdluli and another senior police official.

This was on October 18, 2011, after Naidoo had been interviewed by two Hawks investigators, including Kobus Roelofse, who appeared before the commission last week.

After the interrogation by the Hawks, Lazarus asked Naidoo about what had transpired and that is when he told the former major general about Mdluli’s rental being paid from the SSA, which made Lazarus “furious” and “upset”, Naidoo told the commission.

Naidoo said he further explained to Lazarus that he could not lie to the Hawk’s investigators because the interview was an official one.

Mdluli was at the time on suspension as head of crime intelligence.

Naidoo told the chairperson of the commission, Deputy Chief Justice Raymond Zondo, that on the next day, October 19, 2018, he decided that he would fully cooperate with the Hawks and tell everything he knew about the alleged abuse of the SSA by senior crime intelligence officials, including himself.

Naidoo said he then admitted to the Hawks that he had made false claims against the SSA to the value of R100,000.

Later that day Lazarus asked Naidoo for feedback on his interview with the Hawks. He said he gave the former major general “a watered-down version of what really transpired just to get him off my back” because he thought Lazarus would not take kindly to his admission, considering his reaction the previous day when he told him he had told the Hawks about Mdluli’s rent.

On the 20th of October 2011, Naidoo said, he told Colonel Hein Barnard and another agent, who could not be named but was referred to as FM40, that he had confessed to the Hawks about making false claims.

His admission to the Hawks, he said, shocked the two agents who genuinely appeared concerned about his well-being.

Later that day, between 6pm and 7pm Lazarus, who was riding shotgun, and agents FM08, who was driving, and FM09 picked him up close to his house as he had been out on a walk to de-stress.

“When I jumped in FM08, who was driving the vehicle, started driving around the block and if I remember correctly General Lazarus asked me if I were okay, and I said I was okay, and he asked me if there was something I wanted to tell him, and I said no,” Naidoo said, explaining that Lazarus had repeated the question.

Lazarus then said he had heard from Barnard that Naidoo had made an admission to the Hawks. He said he denied this to the major general, only admitting to having had a conversation with Barnard.

The four then drove to Lazarus’ house where they were joined by another agent, FM10, the commission heard.

Naidoo said that during a general conversation at Lazarus’ house, FM10 then made a comment that his contact at the Hawks had informed him that Naidoo had made certain admissions and was on the side of the Hawks.

He said this led to him going into defence mode as he had to deny this, and at that stage he felt uncomfortable but still managed to remain calm.

At some stage, during the conversation at Lazarus’ house, FM08 mentioned that an inquiry was being made about documents and air tickets from Westville Air Travel relating to crime intelligence, Naidoo said.

FM10 then told FM08 that he should speak to his contact at the travel agency named “Mahesh”, that he should destroy invoices and travel documents related to crime intelligence, Naidoo said.

When FM10 made this suggestion all who were present agreed, the witness added.

Naidoo said he later came to understand that the laptop containing the documents and invoices for travel by crime intelligence officials was not destroyed in time, because the investigators did manage to obtain certain records from Mahesh.

Naidoo further said that FM09 asked Lazarus to spin a story, to which the major general nodded, and “this made me believe he had agreed with what FM09 had suggested”.

The commission previously heard testimony that Mdluli allegedly looted the SSA for purchasing luxury vehicles and for overseas trips. 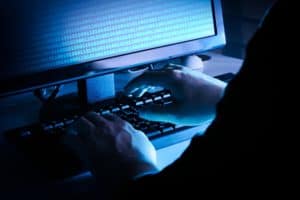 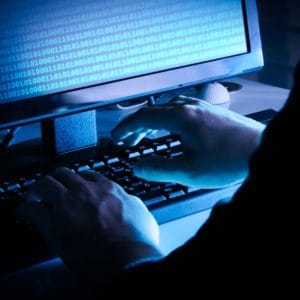