He says the meeting between himself, Mcebisi Jonas and Fana Hlongwane was to address rumours at the time. 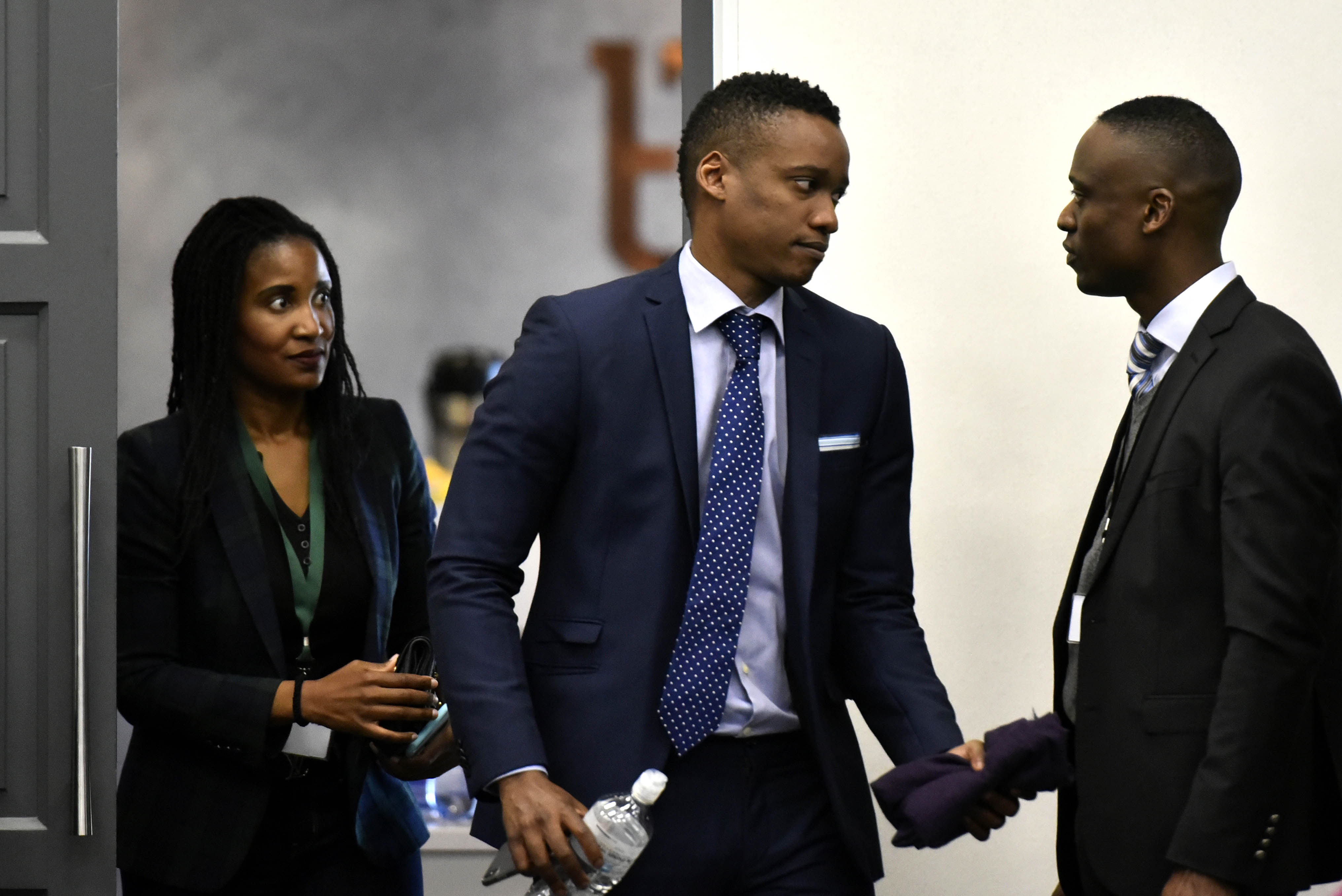 Former president Jacob Zuma’s son Duduzane has denied that the meeting between himself, former deputy finance minister Mcebisi Jonas and businessman Fana Hlongwane was moved to the Gupta residence in Saxonwold to accommodate one of the controversial brothers who are alleged to be at the centre of state capture.

The young Zuma was on Monday testifying at the commission of inquiry into state capture chaired by Deputy Chief Justice Raymond Zondo in response to evidence by Jonas and five other witnesses.

Evidence leader at the commission advocate Phillip Mokoena was canvassing with Zuma the meeting of October 23, 2015, at the Gupta residence in which Jonas was allegedly offered R600 million if he accepted the position of finance minister.

Seen as part of several attempts to take over National Treasury, Duduzane facilitated the October 2015 meeting with the Guptas, which saw Jonas declining the offer.

Jonas went public with revelations that Duduzane and Hlongwane were present at the Saxonwold Gupta family compound, where the incident occurred.

In his testimony last August, Jonas painted a picture of a desperate Duduzane, who allegedly pulled all the stops to ensure that the Gupta meeting took place. Recalling a sequence of events, Jonas told Zondo that it began with Hlongwane meeting Jonas in Johannesburg to repeat Duduzane’s request for a conversation, stressing the importance of the Guptas.

An October 23, 2015, meeting took place between Duduzane and Jonas at the Hyatt Hotel in Rosebank at which – according to Jonas – “he (Duduzane) appeared quite nervous and spoke in vague terms”.

Mokoena questioned Zuma why he had opted to move the meeting to the Gupta residence instead of making arrangements with the hotel, or moving the meeting to his offices nearby or his residence, which is a walking distance from the Gupta compound.

Zuma said he, Hlongwane, and Jonas had met to clear up rumours abound at the time that Hlongwane had allegedly blackmailed Jonas.

Zuma said it didn’t make sense to him why Hlongwane had said the meeting was between “comrades”.

“What we need to understand is that I’ve conducted many meetings at Gupta residence,” Zuma said, explaining that he continued to refrain from conducting meetings in his own private residence.

Mokoena suggested that the meeting had been moved to the Gupta residence to accommodate one of the Gupta brothers.

Jonas had alleged that Ajay Gupta had offered him R600 million.

Mokoena also questioned why Hlongwane and Jonas, who were friends and had known each other for quite some time, had not arranged the meeting among themselves, a matter which Zondo also sought clarity on.

Zuma maintained that this was because he had raised the rumours with Hlongwane who had made it Zuma’s responsibility to arrange the meeting.

Zuma said he did not find it strange that he had arranged the meeting even though he did not know Jonas, adding that he had attended several meetings in which not all parties were known to each other.

He said when he contacted Jonas to make arrangements to meet with the former minister, he had told him that the meeting would be to address certain issues – the rumours.

This and other topics he and Jonas had discussed in text messages and calls before the meeting was not stated in his affidavit, Zuma said.

Zuma maintains that there were no offers made at the meeting.

Watch live courtesy of the SABC: