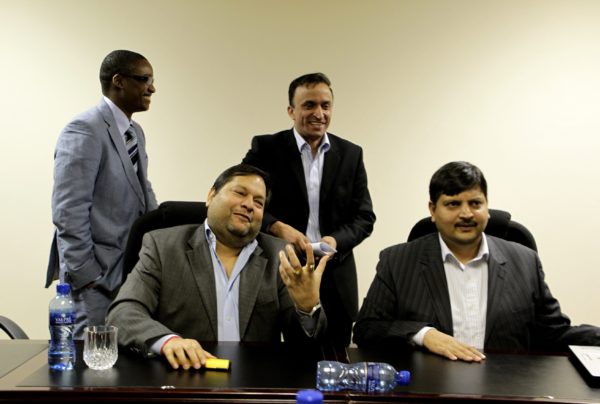 The NPA’s Investigative Directorate (ID) has seized assets worth more than R520 million belonging to the Gupta family.

This followed a preservation order granted on Wednesday by the Free State High Court in Bloemfontein. The order includes assets belonging to Gupta-linked businessman Iqbal Sharma, his wife Tarina Patel, and Islandsite Investments.

The company is owned by the Guptas and is understood to own several lucrative shares and assets belonging to the family accused of state capture and wide-scale corruption. These include their infamous Saxonwold residence in Johannesburg and the family’s home in Constantia, Cape Town.

The ID said in a statement on Friday: “The order applies to assets in South Africa which include all property of Islandsite, Sharma and his wife Tarina Patel-Sharma, and any property held by Sharma’s companies, including two registered in the United Arab Emirates (UAE).

“Sharma’s assets that form part of the curator’s inventory include his Sandton home valued at more than R12 million. The property was featured on lifestyle television programme Top Billing and is owned through a UAE-registered company, Issar Global.

“Other assets include movable property valued at R500,000 and a R1.3 million sectional title home in Sandton. Properties owned by Gupta family company Islandsite that form part of the inventory include a house worth R21 million in Constantia, Cape Town, and a R12 million house in Saxonwold.”

ALSO READ: Interpol asked to arrest Guptas and send them back to SA for trial

On Thursday, Sharma and his four co-accused appeared in the Bloemfontein Magistrate’s Court following their arrests this week in connection with the failed R288 million Estina dairy project in Vrede, Free State. He remains behind bars at the Bainsvlei police station until Monday for their bail hearing.

The ID also announced on Thursday that it had applied to Interpol to assist with arrest warrants for, among others, Atul Gupta, wife Chetali, Rajesh Gupta and his wife, Arti.

ID head advocate Hermione Cronje said the directorate had asked Interpol to arrest and extradite the Guptas from the UAE to stand trial in South Africa on fraud charges.

“It is for this reason that prosecutors have decided to proceed separately against the accused currently in the country and those abroad, as the process of arrest and extradition may unduly delay the trial,” said Cronje in a statement on Thursday.

Cronje said the accused would be handed a final indictment together with the contents of the case docket, on 15 June, in order to facilitate a speedy trial.

The matter will be postponed to the high court for the accused to plead to the charges, Cronje added.