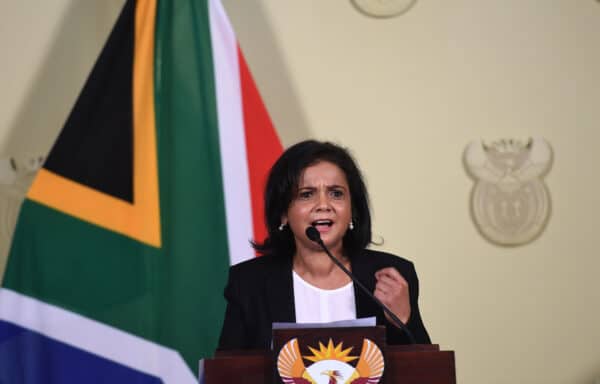 National Director of Public Prosecutions (NDPP) Shamila Batohi said the National Prosecuting Authority (NPA) will focus on prosecuting cases of grand corruption, including state capture, over the next 12 months.

Batohi made these comments while speaking at the annual Frederik Van Zyl Slabbert Honourary Lecture at Stellenbosch University.

“For the next six months, to a year we certainly won’t finish all the cases, but we are focusing on cases in the Zondo commission and other cases relating to grand corruption,” said Batohi.

The SABC reported that during her speech, Batohi said a well-functioning justice system is needed to strengthen South Africa and improve the economy.

She said state capture was “devastating”, particularly for the poor in South Africa.

“The impact of state capture on our country has been extremely severe and the economic cost has been estimated to be about R 1.5 trillion and this is almost the equivalent of government’s annual expenditure. So, it is an insane amount of money and the impact of this on service delivery, which disproportionately affects the poor and the vulnerable, is devastating.”

In the first part of Chief Justice Raymond Zondo’s state capture report, he criticised the NPA’s failure to prosecute cases of corruption.

“The extent of that failure can be measured by reference to the almost complete absence of cases brought under the legislation applicable to crimes of this sort,” the report stated.

ALSO READ: State capture report: NPA permitted to prosecute immediately, but will it?

Zondo, in the report, also stated that the NPA’s failure to respond “adequately, or at all” to the challenges of state capture corruption “points to a fundamental failure of a sovereign state function”.

“What will now be required is a thorough re-appraisal of the structure of the NPA in order to understand the causes and the nature of its institutional weaknesses so that these can be addressed presumably by way of legislative reform.”

Following the release of the first part of the state capture report, the NPA acknowledged its slow pace regarding prosecutions.

It then announced it had created a task force to deal with the cases that were covered in the report.

“An urgent review of all cases covered in the report, including those already proclaimed by the NPA’s Investigating Directorate (ID), will be conducted.

“The task force’s main focus is on progress and impact. It builds on the work already done within the NPA over the past few years, in collaboration with the Zondo commission and other law enforcement partners,” the prosecuting unit said.