The president will first receive the report electronically on Sunday. 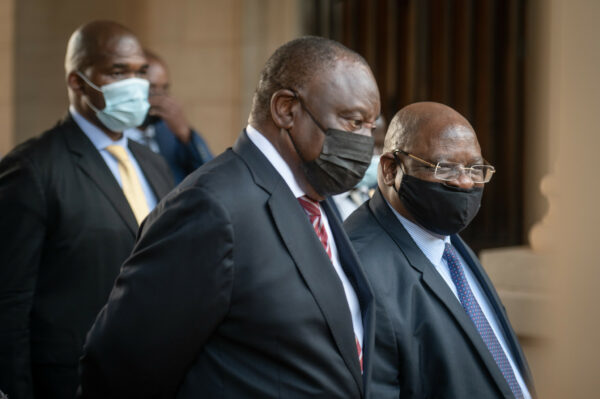 The Commission of Inquiry into Allegations of State Capture says its final report will be handed over to President Cyril Ramaphosa on Monday after missing a court deadline earlier this week.

The news comes after Presidency spokesperson Vincent Magwenya confirmed on Friday morning that Ramaphosa had not yet received the final report.

The commission, chaired by Chief Justice Raymond Zondo, was given a deadline of 15 June to complete its work and submit the fifth volume of the state capture report to the president.

The commission had previously been granted an extension until 30 April.

“The commission wishes to announce to the members of the media and the public that it was not able to submit the final volumes of its report to the president on 15 June due to certain challenges, the commission said in a statement on Saturday.

“The electronic report will, however, now be certainly submitted to the president during the evening [on Sunday], 19 June . The handover ceremony will take place on Monday, 20 June, at the Union Buildings in Pretoria at 6pm.”

The Democratic Alliance (DA) had raised concern regarding the delaying of the report and had written to the Zondo commission over the matter.

Parliament has already begun establishing “appropriate systems” to process and oversee the implementation of Zondo’s reports.

Parliament also expects the president to submit all outstanding state capture reports, along with the implementation plan, in October rather than August as previously mentioned.

Ramaphosa has already submitted the third and fourth volume of the state capture reports to Parliament.

Part three of the commission’s report dealt with the conduct of current and former MPs implicated in allegations of state capture as well as Bosasa, among others, while the fourth volume included findings on Eskom, National Treasury, the Free State asbestos project, and the R1 billion housing project.

The commission has already submitted four volumes of the state capture report to the Presidency.

The inquiry was announced in early 2018, and tasked with investigating allegations of state capture along with public sector corruption and fraud.

It then began its work in August of that year and was initially given 180 days to wrap up.

The Citizen previously reported that the commission has collected 71,000 pages in submissions from more than 300 witnesses since the inquiry began its work.

The commission has spent more than R1 billion.