Proteas one-day skipper wants to play all formats but then decides to make himself unavailable for next month's Test series against NZ. 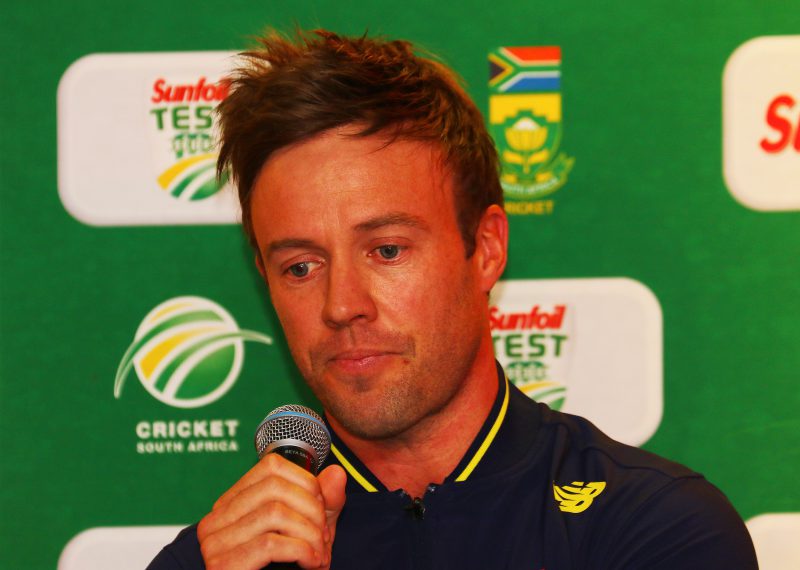 To play Test cricket or not? AB de Villiers still seems to be in two minds, even if he doesn't say so. Photo: Anesh Debiky/Gallo Images.

AB de Villiers will not be retiring from Test cricket but might choose which assignments he takes.

In an interview with Talk Radio 702 on Tuesday morning, the Proteas one-day captain declared his main aim is to reach the 2019 World Cup in England by any means possible.

Yet that seems to mean that he’ll need to sacrifice playing in other formats of the game, even if he doesn’t want admit it.

And the compromises have already started with Cricket South Africa confirming De Villiers will not be playing in next month’s Test series against New Zealand.

“But I’m going to have to make certain choices. It’s not easy for me. I have always been the go-ahead guy, the team man, who never wants to miss a game for South Africa and I still do. Yet the schedules these days are tight, its really tough to play all formats.”

The dynamic middle-order batter is currently in discussions with the national team’s management to provide clarity on his willingness to play Test cricket.

“It’s important to play the other formats but mentally and physically I need to be in a good space come the 2019 World Cup. That’s what I am aiming for. I know its still a long way away and it’s all about managing that really well in order for me to get there.”

It’s not the first time that De Villiers’ international future has been shrouded in mystery.

Rumours of his retirement had already swirled last season against England after he stated he might have to “manage his workload”, suggesting retirement in one of the three formats.

That disappeared after he was appointed Test captain in place of Hashim Amla, before his elbow injury made him decide to hand the armband to Faf du Plessis, who has been brilliant in his absence.

There might even be a chance that the national selectors don’t pick him for next month’s Test series against New Zealand, purely because there might not be a spot for him currently.

De Villiers himself admits the Test side is a well-oiled machine.

“They are playing really good cricket and I am so happy for them. They have a really good leader in Faf du Plesis,” he said.