Rumours of his departure prove off the mark as the renowned coach insists he has unfinished business with SA rowers. 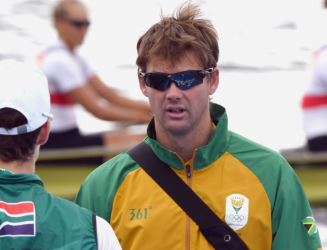 National rowing coach Roger Barrow has turned down an offer from the Australian federation, opting to stay in South Africa after rumours had emerged that he might jump ship for a more lucrative deal.

“I would have loved the challenge. That would have been an awesome and challenging opportunity, and I think as a coach I would have definitely grown,” Barrow told TuksSport in a statement.

“But I will be honest it would have been hard to leave the South African rowing program because I believe that there is so much more we can achieve.”

Barrow guided the SA squad to their best ever performance at the Olympic Games when he took five boats to A finals at last year’s Rio showpiece, with the pair crew of Shaun Keeling and Lawrence Brittain earning the silver medal.

After playing a key role in the development and growth of the sport in his home country, Barrow was named World Rowing Coach of the Year last season.