Highs and lows for Daryl Impey in Catalunya

The South African performed superbly in numerous stages, including winning the sixth, but crashed on the last day. 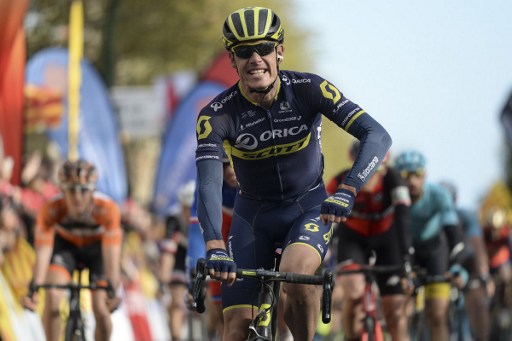 A fine performance at the Volta a Catalunya this week ended on a sour note for road cyclist Daryl Impey on Sunday, after he crashed near the finish of the seventh and final stage in Barcelona.

Impey, riding for Orica-Scott, was poised to target a second stage victory at the annual World Tour race, but he trailed home after coming off his bike.

“He crashed at the top of the climb around four kilometres (from the end),” said Orica-Scott sport director Neil Stephens.

“That was unfortunate but we still have a lot of positives from the week.”

Impey had won the 190km sixth stage on Saturday ahead of eventual overall winner Alejandro Valverde (Movistar) of Spain.

The 32-year-old South African, a two-time World Championships medallist in the team time trial, also finished in the top 10 in two other sprint finishes earlier in the week.

He grabbed third position on stage four and seventh place on stage one.

Impey ended 44th overall, while compatriot and fellow Olympian Louis Meintjes, turning out for UAE Team Emirates, was the top SA rider in the general classification.

Meintjes took 35th place, though he was more than half an hour behind Valverde in the final standings.

SA-registered team Dimension Data hardly made an impact at the race, with only Italian rider Kristian Sbaragli securing a top-10 finish after earning third place on stage one.

Elsewhere on Sunday, Ashleigh Moolman-Pasio finished 31st in a bunch sprint at the Gent-Wevelgem one-day race, a Women’s World Tour contest in Belgium.