The American, who won last year's South African title, had to ward off a strong challenge while women's world champ Daniela Ryf dominates. 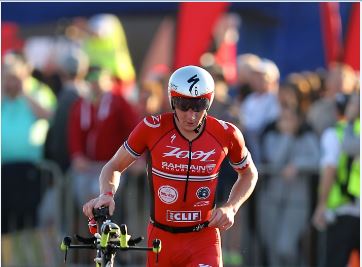 Ben Hoffman of the United States successfully defended his title at Ironman South Africa in Port Elizabeth on Sunday, while world champion Daniela Ryf of Switzerland dominated the women’s race.

Hoffman took the lead in the early stages of the 42km run, after keeping up with the fast pace on the 3.8km swim and 180km bike ride, eventually crossing the finish line in 7:58:39.

German athlete Nils Frommhold put up a strong fight, and though he managed to stay within touch of Hoffman, he settled for second place in 7:59:29.

With the event incorporating the African Championships in the ultra-distance triathlon event, Kyle Buckingham was the first South African home, finishing fourth in 8:08:57.

Ryf, a double global champion, lived up to the hype as the pre-race favourite by charging to a convincing win in the women’s race in 8:47:01.