The local wheelchair kingpin reclaims his SA Open title to set a platform for international events this year. 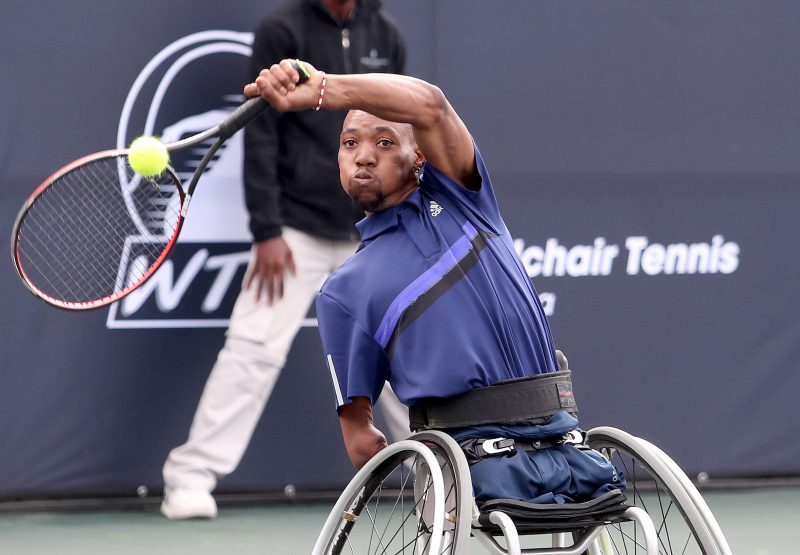 His latest victory on home soil will give him a significant boost for the rest of a lengthy season, wheelchair tennis player Lucas Sithole believes, after the local ace reclaimed his SA Open title at Ellis Park on Friday.

In a match that was stretched overnight, after the contest was suspended due to rain, Sithole defeated Israel’s Itay Erenlib 6-2 6-4 and regained the title he last won in 2015.

“It was important for me to win as I got a lot of rankings points … so it was a good opportunity for me, which I grabbed with both hands,” said Sithole, who won the US Open in 2013.

The 30-year-old player, a former world No 2, said he was geared up for a whirlwind international season.

“This brings a lot of confidence because there’s still a long way to go in the season,” he said.

“I have the Japan Open, and then tours of Korea and France coming up, so winning today is going to give me that confidence going forward.”

He secured a 6-4 6-2 win over Great Britain’s Gordon Reid, the Paralympic champion.

The duo then teamed up to win the women’s doubles title, beating Sabine Ellerbrock of Germany and Charlotte Famin of France 6-4 6-2 in the final.