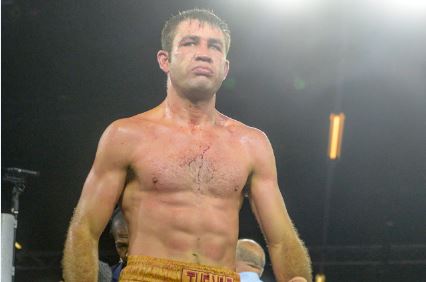 Though a potential fight against legendary Filipino Manny Pacquiao has been put on ice, Chris van Heerden’s camp hopes to see him stepping in the ring for a world title here later this year.

Sources revealed in March that Van Heerden’s team were in discussions with government about a potential bout against Pacquaio at FNB Stadium in October, with a R310 million prize purse required for the Filipino star to put his belts on the line.

While former sports minister Fikile Mbalula would not confirm discussions at the time, he was nonetheless replaced by Thulas Nxesi, and negotiations had fallen through.

A formal proposal had been submitted to Pacquiao’s promoter, Bob Arum at Top Rank, but it was since confirmed that Pacquiao would fight Australian Jeff Horn in July.

“We do not have the luxury of waiting around in a ‘what if’ scenario for Manny Pacquiao, so we have pursued other opportunities,” said Van Heerden’s US-based manager Peter Kahn.

New prospects included world title fights against either Keith Thurman, who is widely recognised as the world’s No 2 welterweight and holds the WBC and WBA super titles, or fellow American Lamont Peterson, the WBA regular champion.

If government was able to find the funding for either bout, it would take all revenue from sponsorships, broadcast rights and ticket sales.

And while the investment for the Thurman or Peterson fights would be “a fraction” of what was required for Pacquiao, a purse was not yet confirmed.

“The entire undercard of this event would be comprised of South African fighters and would include additional championship fights,” Kahn said.