Comrades brags with a full house of favourites

All five of the gruelling race's previous mens winners will be contesting for the coveted title next month. 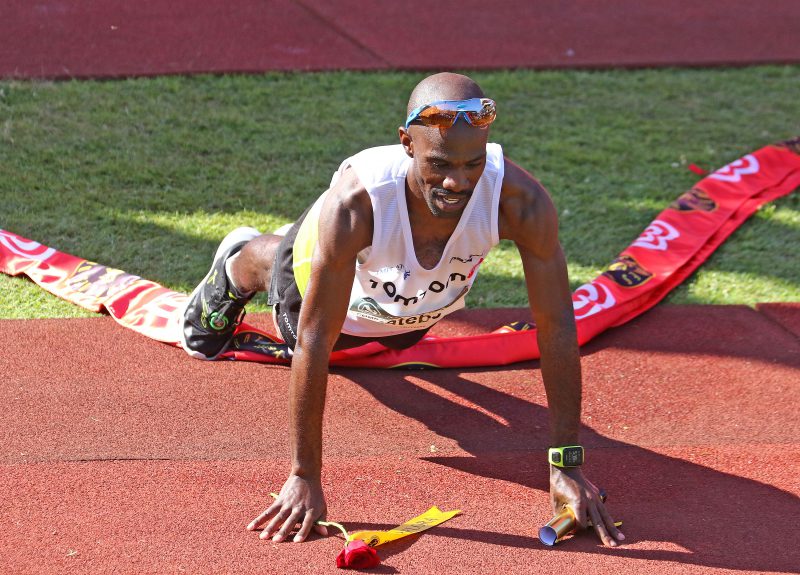 A full-strength South African contingent will contest both the men’s and women’s races next month, as they aim to strengthen their grip on the annual Comrades Marathon, organisers have confirmed.

The last five winners of the men’s race were included in the list of elite entries released by the Comrades Marathon Association on Friday, with the likes of Bongmusa Mthembu, David Gatebe and Ludwick Mamabolo among the leading contenders for the 87km ‘up’ run between Durban and Pietermaritzburg.

Mthembu, who won the ‘down’ run three years ago, was in superb form late last year, finishing second at the 100km World Championships in Los Alcazares.

After taking seventh place at the Two Oceans 56km race in Cape Town last month, Mthembu was expected to lead the local KwaZulu-Natal charge at Comrades, turning out for the Arthur Ford Athletics Club.

Gatebe, who stormed to a new ‘down’ run record of 5:18:19 last year, was set to line up alongside TomTom Athletics Club teammate Kelehe, the defending ‘up’ run champion.

Mamabolo, perhaps the most consistent of the Comrades elite in recent years after taking the runner-up spot on three occasions, was included in the Nedbank Running Club squad, along with fellow former winner Claude Moshiywa.

Former All Africa Games marathon champion Johannes Kekana, in good form this year over the standard marathon distance, could also spring a surprise in an effort to prove he is not a spent force.

The foreign line-up featured Zimbabwean athlete Mike Fokoroni, a former Two Oceans winner who was fourth at Comrades last year, and Teboho Sello of Lesotho who was third at this year’s Two Oceans.

Three-time winner Stephen Muzhingi of Zimbabwe was also expected to be among the contenders, after finishing eighth at Two Oceans, but he was not listed in the elite line-up.

Meanwhile, the women’s race could evolve into a three-way battle between local stars Caroline Wostmann and Charne Bosman, and American athlete Camille Herron.

Wostmann won the ‘up’ run two years ago in 6:12:22, less than three minutes outside the record of 6:09:23 set by Russian athlete Elena Nurgalieva in 2006, after charging through the field in the latter stages.

Having finished second behind Bosman last year, when she succumbed to cramps, Wostmann was dealt a blow in the build-up to her ‘up’ run title defence when she withdrew from Two Oceans with a hip injury.

Locked in a race to regain her best form, the KPMG athlete was due to face Bosman in another hard-fought battle, with her compatriot aiming for rare back-to-back victories for the Nedbank squad.

Herron, a former 50km and 100km world champion who lost out in her two previous attempts at Comrades due to injury and illness, was expected to lead the international onslaught alongside fellow American Sarah Bard, who was fourth on debut last year.

Other athletes hoping to impress, though they may not be in line for the win, were local Born2Run athlete Yolande Maclean, aiming for her eighth gold medal, and SA marathon record holder Colleen de Reuck, now representing the United States, who confirmed she would return after taking seventh position in her maiden attempt last season.

“We look forward to an amazing day of ultra-road running and call on the nation to be part of Comrades race day in any way that they can, be it as a supporter, volunteer or television viewer,” said race director Rowyn James.

The 92nd edition of the world’s largest ultra-marathon race will be held on June 4.