Van Niekerk, the 400m world record holder, improved his own personal best by 0.06. 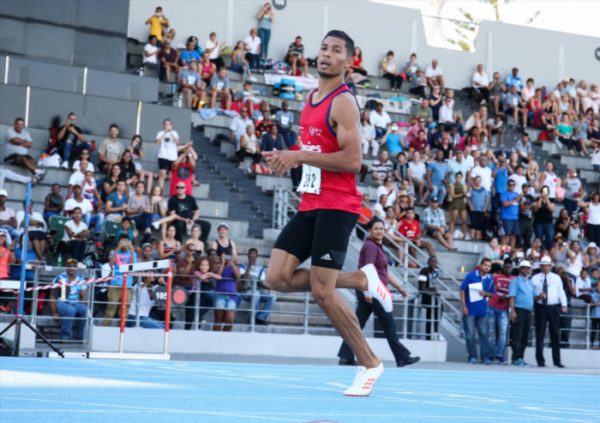 Wayde van Niekerk broke the South African 200m record, storming to a commanding victory at the JN Racers Grand Prix in Kingston on Saturday night. He clocked 19.84, chopping 0.03 off the previous national mark of 19.87 set by Anaso Jobodwana to earn bronze at the 2015 World Championships in Beijing.

Van Niekerk, the 400m world record holder, improved his own personal best by 0.06. While the 24-year-old speedster had run 19.84 in a 200m street race in Boston last week, the contest had been held on a straight track and was ineligible for record purposes. His latest time would stand, however, subject to ratification processes.

Preparing for a 200m/400m double at the World Championships in London in August, Van Niekerk again proved he was on the right track, finishing well clear of the rest of the field in the Jamaican capital.

Blake took the win in 9.97, holding off a charging Simbine who crossed the line second in 10.00 after recovering from a below-par start. Jamaican sprint king Usain Bolt, the world record holder in the 100m and 200m events, won a ‘farewell’ 100m race in 10.03 in his final competitive appearance on home soil.