Tough first day in the pool for South Africa

None of the local youth brigade make much of an impact at the World Aquatics Championships but the big guns begin their campaign on Tuesday. 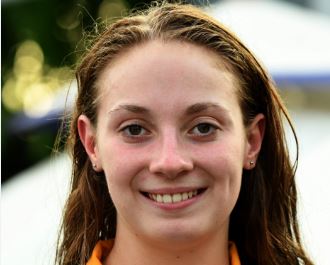 Young Kate Beavon was the best of the South African swimmers on show in Budapest. Photo: Wessel Oosthuizen/Gallo Images.

It was a disappointing first day for the South African swimming team on Sunday, with three individuals and two relay quartets crashing out in the heats of their disciplines in the opening session in the pool at the World Aquatics Championships in Budapest.

Teenager Kate Beavon was the best of the individual competitors, though she was well off the pace to qualify for the semifinals, to be held in the evening session.

The 17-year-old swimmer ended 27th fastest in the women’s 400m freestyle heats in 4:20.82, with the top 16 finishers progressing to the penultimate round.

In the men’s 4x100m freestyle relay heats, the SA squad put up a fight but they were unable to book themselves a place in the final.

Erasmus joined Clayton Jimmie, Myles Brown and Zane Waddell as they finished 12th in the overall standings in 3:17.41, touching the wall 3.47 seconds outside a place in the medal contest.

The only other SA swimmers turning out in the opening session – the women’s 4x100m freestyle relay team of Beavon, Erin Gallagher, Samantha Randle and Kaylene Corbett – settled for 13th place in 3:57.83.

They were the last quartet to complete their heat, ending more than 13 seconds behind Hong Kong, the next slowest team in the first round.

He was, however, expected to compete in the 50m heats Tuesday, aiming for his third career title in the sprint event.

Butterfly specialist Chad le Clos was also expected to open his campaign Tuesday in the first round of the 200m race in his favoured stroke.

After taking second place in the event at the 2015 edition of the biennial championships in Kazan, Le Clos was aiming to reclaim the title he won in Barcelona four years ago.