The 25-year-old is the first local swimmer to make it past the heats of this year's World Aquatics Championship. 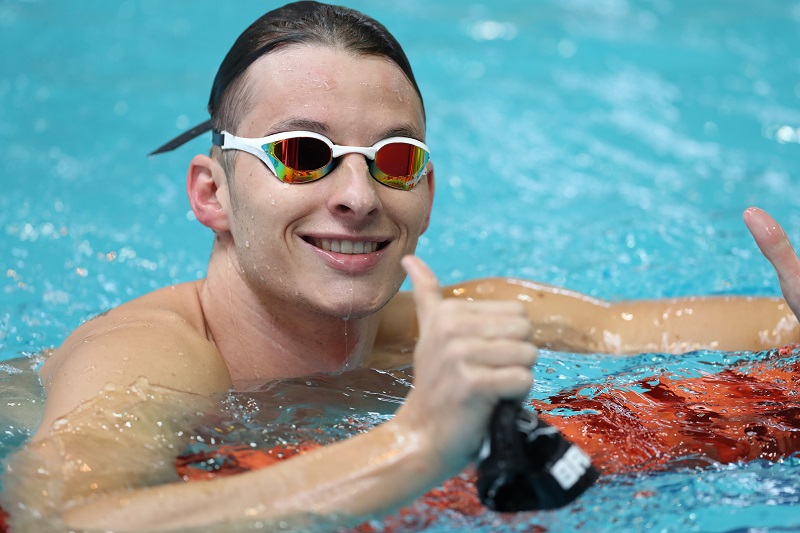 Distance specialist Myles Brown was the first South African swimmer to progress beyond the heats in the pool on Monday, on day two of the gala at the World Aquatics Championships in Budapest.

Brown finished fourth in his first-round race in the men’s 200m freestyle event to qualify 13th fastest for the semifinals, to be held in the evening session.

The 25-year-old freestyle specialist, who formed part of the national 4x200m relay team which bagged the bronze medal at the 2014 Commonwealth Games, touched the wall in 1:47.09

While Olympic silver medallist Chad le Clos had been entered into the event, he had confirmed his withdrawal before the start of the showpiece and was set to open his campaign in the 200m butterfly heats on Tuesday.

Le Clos and Cameron van der Burgh, also set to take to the water in the 50m breaststroke on Tuesday, had both pulled out of other events on Sunday.

Though Le Clos and Van der Burgh delayed the start of their championships, restricting their participation in comparison to previous editions of the biennial showpiece, they remained the country’s best prospects for medals.

Le Clos was set to target a podium place in both the 100m and 200m butterfly events for the third straight long-course global championships, and Van der Burgh was aiming for a sixth successive medal in the sprint contest.

Meanwhile, Douglas Erasmus ended 32nd overall in the men’s 100m backstroke heats in 24.17 seconds, and he was unable to book his place in the next round.

Teenager Kaylene Corbett registered the 31st quickest time of the competitors in the women’s 100m breaststroke event in 1:10.16, and she too failed to reach the semifinals.

Samantha Randle finished 21st of 22 swimmers in the women’s 1 500m freestyle heats, stopping the clock at 17:22.42 and bringing an end to her campaign in the gruelling discipline.