The Olympic champion wasn't even out of breath as she qualifies with the biggest of ease for the 800m final at the World Championships. 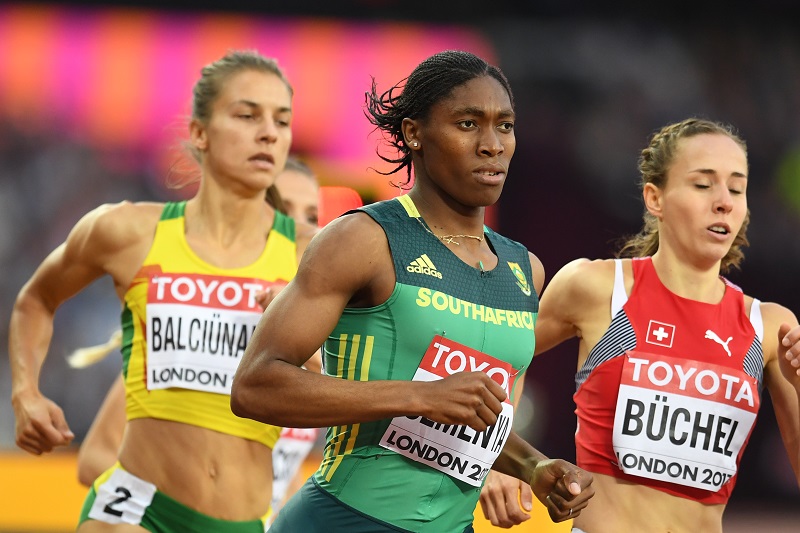 Caster Semenya had no problems in her 800m semi. Photo: Glyn Kirk/AFP.

Middle-distance specialist Caster Semenya lined up her title charge in the women’s 800m event on Friday night, coasting to victory in her semifinal at the IAAF World Championships in London.

The Olympic champion, who earned the 1 500m bronze medal earlier in the week, covered the two-lap contest in 1:58.90, and she was hardly out of breath after she crossed the line.

“The race was good. Obviously the final will be about how you calculate your lap, especially your last 300m,” she said.

“The main thing for us now is that we have a strong field, but we’ll just try to relax as much as we can so we can do better in the final.

“But you can’t tell much, you can’t underestimate your opponents, you can’t calculate or measure them. It’s just about trying to enjoy your race.”

While she progressed safely to Sunday’s final, there was no more luck for Gena Lofstrand who was knocked out.

Having delivered a superb effort by her own standards to reach the penultimate round, Lofstrand struggled in her semifinal, finishing eighth in 2:03.67.

With two days of competition left at the biennial spectacle, the SA team have bagged five medals (two gold, one silver and two bronze) and Semenya was the squad’s last real hope for another podium finish.