Proteas want a medal at the Commonwealth Games 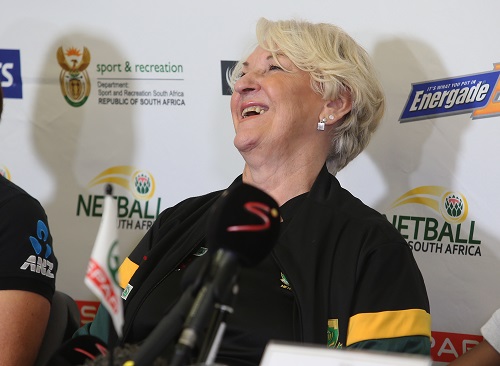 Having rattled the top three teams in the world during the final stages of the Quad Series, head coach Norma Plummer is confident the national netball side can challenge for the podium at the upcoming Commonwealth Games.

The Proteas, aiming for their first medal at the Games when they compete in Gold Coast in April, delivered brave performances against Australia, New Zealand and England this month.

While they finished bottom of the series, with only one victory against England late last year, they held Australia, New Zealand and England to narrow defeats with losses of five points or less.

“We’re competing against the top four teams in the world (in Gold Coast) and if we want to be in the semifinals we’ve got to crack a couple of them,” Plummer said.

“We’re close. It’s the mistakes after the great turnovers which is frustrating, but I know the players are aware of that.”

Though there were areas of concern, with most of the South Africans trapped in a largely amateur setup, Plummer was buoyed by the approach of the team.

“When we take the players off (during a game) and give them feedback, the response we get pulls it back, so they actually go out and do what they’ve been asked to do,” Plummer said.

After receiving limited preparation time, she was pleased with their progress during the four-nation campaign, and Plummer believed they could pose a threat at the Games if they were given sufficient time to prepare.

“I think what these girls have produced, with the lack of opportunity to really train together for a period of time, has been outstanding,” she said.

“But we can’t keep doing it on an eggshell. We’ve got to have the opportunity to work with these players.”