Henri Schoeman is putting the past behind him

The Olympic triathlete had his bronze medal soured by a positive doping test but was cleared by officials. 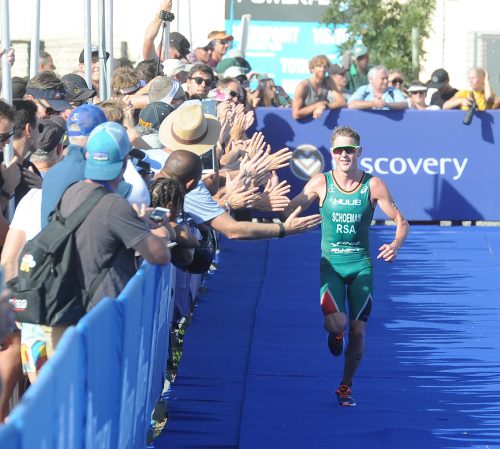 Schoeman was reported to have returned a positive test for a banned substance at the 2016 Rio Olympics but he was cleared of the allegations by international officials.

Shaking off the distraction, he took the runner-up spot behind countryman Richard Murray at the World Cup race in Cape Town in February, and he opened his World Series campaign with a victory in Abu Dhabi last month.

“It’s been a really tough start to the year. A lot of things came out in the media but I’ve put that behind me now, and I’m focussed on my performances, training and preparation,” Schoeman said from Australia.

“I’ve had two good races to get into shape … so I’m firing, I’m ready and I’m really looking forward to a good race.”

Making his Commonwealth debut at the 2014 Glasgow Games, Schoeman crashed on the bike, settling for 16th place in the men’s contest.

He earned silver, however, in the mixed team relay with individual bronze medallist Murray, as well as Gillian Sanders and Kate Roberts.

Though Roberts has since retired, Schoeman, Murray and Sanders were expected to be joined by Simone Ackermann in the mixed relay, with the South African team lining up among the favourites for the podium.

A former winner of the World Series final, Schoeman felt he was also in shape to target individual gold.

“My build-up to the race has gone really well, apart from what happened earlier in the year,” he said.

“I’ve had good training and I’ve got my sights set on a medal. That’s what I want, but I’m sure every athlete wants to win, so it’s going to be really tight and it will be an epic race.”