Some incredible past performances suggests South Africa's long jump kingpin is well on his way to that mystical mark. 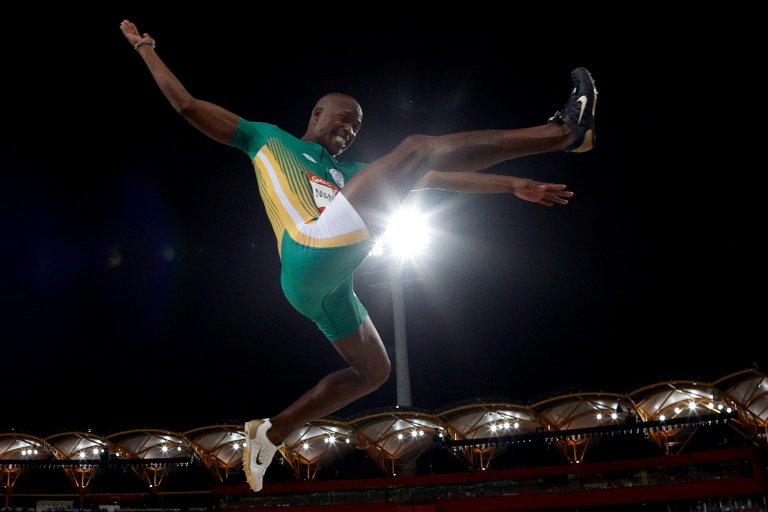 In just about every interview conducted with Luvo Manyonga over the last couple of years, a seemingly inevitable question has been asked: ‘Can you break the world record?’.

And the lanky long jumper’s response has been consistently emphatic: ‘Yes, and I will’.

Though he still has 30 centimetres to find in order to challenge American Mike Powell’s legendary world record of 8.95m, Manyonga has long held the belief that he can not only eclipse the mark but also sail beyond the mystical nine-metre barrier.

He has backed his prediction with some incredible performances, proving he has the credentials to tackle what has been brushed aside by some as a potentially insurmountable task.

Manyonga has gone unbeaten outdoors since he lost to American Jeff Henderson by just one centimetre at the 2016 Rio Olympics, and while he also settled for silver at the World Indoor Championships earlier this year, he missed out on gold to Cuban Juan Echevarria by just two centimetres.

Having broken the African record with a monstrous 8.65m leap last season, Manyonga has already jumped 8.56m this year and has cleared 8.30m in all seven of his appearances in the 2018 campaign.

Already well established as the best in the world in his discipline, it seems only a matter of time until he edges closer to Powell’s 27-year-old mark.

Asked again this week about the record, ahead of Thursday night’s Diamond League meeting in Rome, Manyonga’s response was as clear and confident as always.

“I am more and more convinced that I can break the world record and that I can become the first man to jump over the nine-metre barrier,” he told the meeting organisers.

“I have something special in my legs.”

Manyonga was included alongside countryman Ruswahl Samaai in the start lists for the Rome meeting.