As late as last August, Ncincilili Titi was still winning the 200m title at the African Championships. 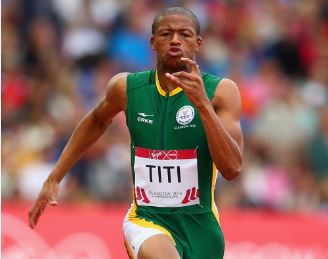 The highly promising 25-year-old sprinter, who raced to the fifth-best time by a South African in the 200m last year, announced on Twitter that the “medical problem” has mystified various doctors and has made him decide to call it quits.

“My past season was plagued by a medical problem. Just can’t figure it out, all these first world doctors can’t either.”

Titi flaunted his tremendous talent when he won the national 200m title in Pretoria in 2014, at the age of 20, and he went on to secure a bronze medal as part of the SA 4x100m relay team at the 2015 World Student Games in Gwangju.

Last year he enjoyed a spectacular breakthrough on the US collegiate circuit, in his final year with the University of South Carolina, clocking a half-lap personal best of 20.00 which placed him fifth in the all-time SA rankings over his specialist distance.

His 2018 campaign also included an indoor career best of 20.45, which shattered Morne Nagel’s 16-year-old national indoor 200m record by 0.09, and an impressive victory at the African Championships in Asaba.

The man from Butterworth in the Eastern Cape suggested that he’d like some support from Athletics SA and Sascoc, but wasn’t really counting on it.

“Would be lovely if ASA or SASCOC would step in, but sadly that’s not my reality. I do have other passions so that’s where my energy is gonna be going now,” Titi wrote.

He studied public health at the University of South Carolina and is a qualified pilot.