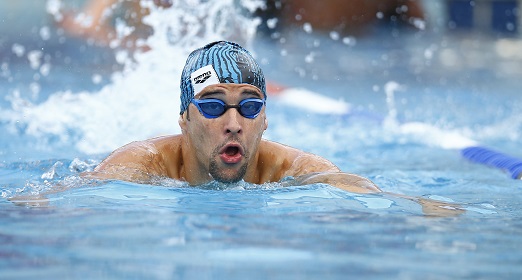 Though he missed out after delivering a below-par performance in the 100m freestyle event, world champion Chad le Clos opened his Fina World Championships qualifying campaign by achieving the required standard in the 200m butterfly final in Durban on Monday night.

The 26-year-old star was one of two swimmers to qualify for the global showpiece on the opening day of the SA Swimming Championships, with Erin Gallagher also sticking up her hand.

Le Clos touched the wall in 1:56.21, clipping half a second off the required standard in the men’s 200m butterfly event, and he was set to turn out in defence of his world title at the global spectacle to be held in Gwangju in July.

While he also won gold in the 100m freestyle final at Kings Park Pool, however, he was not at his best over the shorter distance.

Le Clos had displayed good form in the 100m freestyle last year, earning silver at the Commonwealth Games on Australia’s Gold Coast and bronze at the Short Course World Championships in Hangzhou, but his winning time of 49.75 seconds on Monday was well outside the qualifying standard of 48.80 for the long-course showpiece.

The 20-year-old prospect stopped the clock at 54.34, just 0.11 outside her own African record, as she took 0.15 off the World Championships qualifying standard and booked her spot in the SA team.

And though teenager Dune Coetzee missed out on the qualifying standard of 2:09.21 in the women’s 200m butterfly event, she again showcased her potential by scorching to the national title in 2:10.89.