As an elite swimmer, Princess Charlene earned medals at the Commonwealth Games, as well as the All Africa Games. 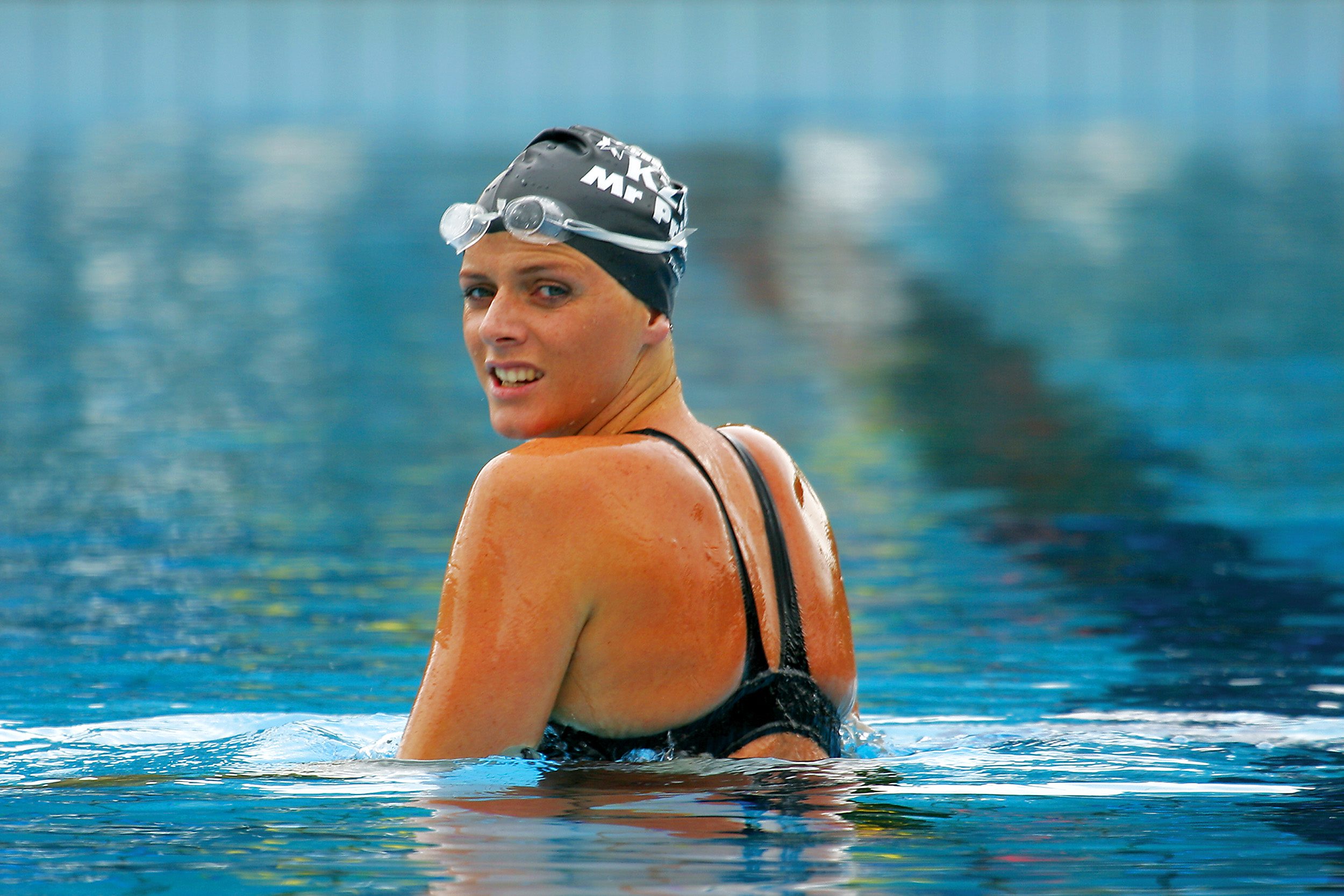 Charlene Wittstock at a development swimming clinic in Richards Bay in 2006, before her move to Monaco. Picture: Gallo Images

Before she rose to take her seat amongst royalty, Charlene, Princess of Monaco was known as Charlene Wittstock, and she was recognised not for her elevated status in society but for her ability in the pool.
Born in Bulawayo, Wittstock moved to South Africa with her family in 1989, when she was 11 years old, and they settled in Benoni.
Her mother Lynette was a swimming instructor and Wittstock took to the
sport at a young age, joining the country’s elite ranks as a teenager.
As a senior swimmer, she moved to Durban and later Pretoria, and she
became a regular fixture in national teams at major international events.
In 1999, at the age of 21, she earned four medals, including three gold, at the All Africa Games in Johannesburg.
The following year Wittstock finished fifth in the 4x100m medley relay final with compatriots Sarah Poewe, Mandy Loots and Helene Muller at the Sydney Olympics, and in 2002 she secured silver in the 4x100m medley relay at the Commonwealth Games in Manchester.
After struggling with a serious shoulder injury later in her career, she eventually retired from competitive swimming in 2007.
Her life was already changing drastically, however, and Wittstock would ditch her swimsuit and towel for a throne and a crown.
Having met Prince Albert II at the Monaco leg of the Mare Nostrum
series in 2000, where Wittstock won the women’s 200m backstroke final, they were married in July 2011.
While reports at the time suggested their relationship was in crisis, following rumours of infidelity by Prince Albert, the allegations were denied by members of the royal family and the Monaco police.
Settling into her new role, Princess Charlene gave birth to twins Princess Gabriella and Prince Jacques, the heir apparent to the crown of Monaco, in December 2014.
Though she has admitted she often misses home, Charlene has accepted
the numerous responsibilities of joining a monarchy, and she carries herself with elegance and grace.
“I have the privilege of having this life, but I miss my family and friends in South Africa, and I’m often sad because I cannot always be there for them,” she said in a rare interview with Huisgenoot late last year.
Since retiring as a swimmer, Charlene has adjusted well to her lofty position, adopting various projects around the world.
In 2011 she was unveiled as a global ambassador for the Special Olympics and in 2016 she was announced as a patron of the South African Red Cross Society
She has also started her own charity, the Princess Charlene Foundation.
And while she remains active, with her hobbies reportedly including surfing and hiking, the 42-year-old royal focusses much of her attention these days on her various projects, her family and her charity.
“My foundation is orientated towards children who can become responsible adults if we show them the way through the values of sport and solidarity,” said Charlene, whose interests also include poetry and contemporary art.
“Together, we can help these young athletes to succeed.”