The ban should also include two pre-Six Nations Scarlets matches, if those games go ahead. 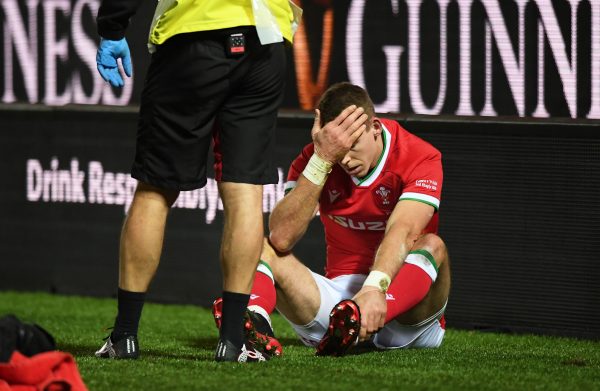 Liam Williams of Wales after leaving the field injured during a Test against Italy last month. Picture: Getty Images

Liam Williams will miss Wales’s Six Nations opener against Ireland next month after receiving a three-game ban for his red card in Scarlets’ Pro14 loss to Cardiff Blues.

The 29-year-old, capped 67 times by Wales, drove into a ruck in the match on January 8, with his head making direct contact with Blues flanker Shane Lewis-Hughes.

“Liam Williams of Scarlets Rugby has been banned for a period of three games following a judicial process that took place on January 12,” the Pro14 said in a statement on Thursday.

The statement said a player “must not make contact with an opponent above the line of the shoulders”.

Williams was criticised for his reaction to the red card, commenting to referee Craig Evans: “Going to start playing touch (rugby), is it?”

The ban should also include two pre-Six Nations Scarlets matches. If those games go-ahead Williams should be able to play away to Scotland on February 13.

Wales host Ireland in their first Six Nations match on February 7. They lost twice to the visitors in 2020, including a 32-9 hammering in Dublin in the Autumn Nations Cup clash in November.

The absence of the British and Irish Lions back is a blow to Wayne Pivac’s Wales, who are seeking to bounce back from a poor set of results in 2020.