'There is much to look forward to in 2021 but we remain on a financial tightrope which will require careful management and financial restraint to survive.” 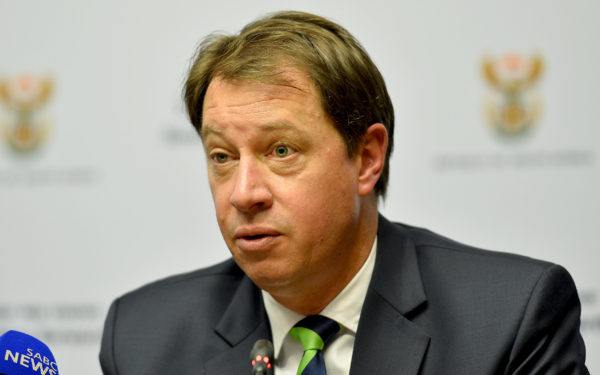 An industry-wide alliance and strict austerity measures allowed SA Rugby to post a modest loss of only R7.9m in 2020, despite enduring a 45% decline in revenues caused by the Covid-19 pandemic, the Union reported on Tuesday.

Group revenues declined to R710 million (compared to the R1.29 billion of the previous year) in a year in which only South Africa and Japan (of Tier One rugby nations) did not play a match.

The fall was caused by cuts in broadcast and sponsorship income, while the cancellation of the Test programme and the Cape Town Sevens – among other things – meant zero income was realised from major events.

The last time the Springboks played was November 2019 – the Rugby World Cup final.

The SA Rugby Covid Industry Mitigation Plan focused on a worst-case scenario of cutting up to R1.2bn from rugby’s ‘global’ budget by reducing expenditure (49.7 percent of savings), cuts in other operational budgets (37.3 percent) and in salary reductions (13 percent). The plan led to cuts amounting to 25 percent of total remuneration across the industry.

The Annual Financial Statements were approved at the Union’s AGM – by teleconference – on Tuesday with the meeting hearing that the careful financial management allowed the SA Rugby group to report a R1.5m profit, benefitting from income realised from subsidiary SA Rugby Travel.

“By the end of the year it was a triumph to still be in business,” said Jurie Roux, SA Rugby CEO.

“SA Rugby did not have the reserves to ride out the storm without any impact, nor were government bailouts available. It took a unique collaboration across the industry to arrive at a drastic cost cutting plan to keep the sport afloat.

“We have managed to avoid widespread job losses or racking up the losses of some of our international peers, but it requires on-going austerity and extreme financial vigilance to maintain what is a precarious position.”

The first meeting of the working group to establish the Mitigation Plan took place on 11 March 2020, the day before the first competition (Guinness PRO14) was suspended. All rugby in South Africa was suspended one week later.

“I’d like to thank all the stakeholders for their collaboration in 2020 once again,” said Roux. “It has been said many times but extraordinary times called for extraordinary measures, without which we could not have survived the year.

“We were able to collaborate with our broadcasters and sponsors on finding mitigation strategies and equitable reductions, while we were also very grateful to be able to access World Rugby loans to support our member unions and ensure that we still have 14 unions in 2021.

“Unfortunately, the austerity measures will have to continue. The unforgiving truth at the elite end of the sport is that we are in the entertainment business and our product is rugby matches and the 365-day-year story that surrounds them. Without matches and an audience we have little or no income and until we return to a situation where venues are allowed 100% capacity we will remain under extreme financial pressure.”

The pandemic meant that seven of SA Rugby’s 14 members did not play any rugby in 2020 while virtually all club and school rugby was ruled out.

Roux said that he expected the Springboks to play a schedule of 14 Tests in 2021 (two more than usual) with the Springbok Women, Sevens and Junior Boks also returning to action. Club and school rugby has already resumed.

“There is much to look forward to in 2021 as we finally run out for the time – after what will be 20 months – as World Champions when we meet Georgia in July,” said Roux. “Domestically all 14 teams will be in action and our switch from Super Rugby to PRO Rugby will be complete – travel restrictions permitting.

“We have weathered Covid’s first storm and the return of our national teams and the arrival of the British & Irish Lions will be a great psychological boost. However, I cannot stress enough, we remain on a financial tightrope which will require careful management and financial restraint to survive.”

Faf on yellow card against Wallabies: 'I'd do the same thing again'
15 hours ago
15 hours ago

Faf on yellow card against Wallabies: 'I'd do the same thing again'
15 hours ago
15 hours ago