With maximised dense rough, firmed up fairways and lightning fast greens, this Torrey Pines is a beast. With teeth. 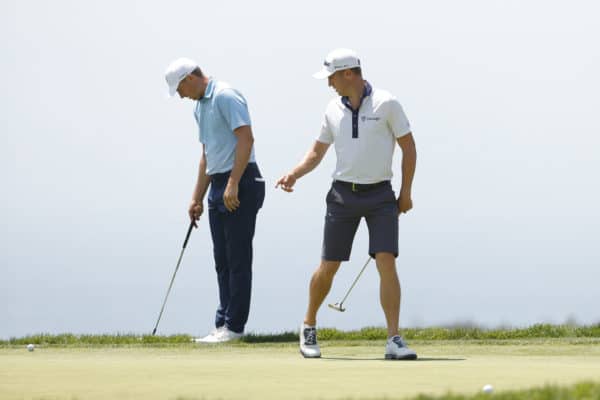 Jordan Spieth and Justin Thomas talk on the 14th green during a practice round prior to the start of the 2021 US Open on Thursday. Picture: Ezra Shaw/Getty Images

There’s still a spectacular view of the Pacific Ocean at Torrey Pines for this week’s US Open just like golfers see every January at the US PGA Farmers Insurance Open.

Don’t expect much else to be the same.

Top players in the field of 156 won’t be fooled by familiar hole layouts when they test the 7,652-yard course starting Thursday, because the US Golf Association has maximised dense rough, firmed up fairways and made greens lightning fast.

This Torrey Pines is a beast. With teeth.

So says Jon Rahm, the world number three from Spain, who is an oddsmakers favorite despite spending last week in quarantine due to Covid-19.

“You can actually get lucky and get some decent lies or you can get some that it’s hard to move five yards,” Rahm said. “It’s a US Open. You’re going to get good breaks and bad.

“Add that to the fact that you have quite a few 500-yard par-4s and you have a monster of a golf course.” 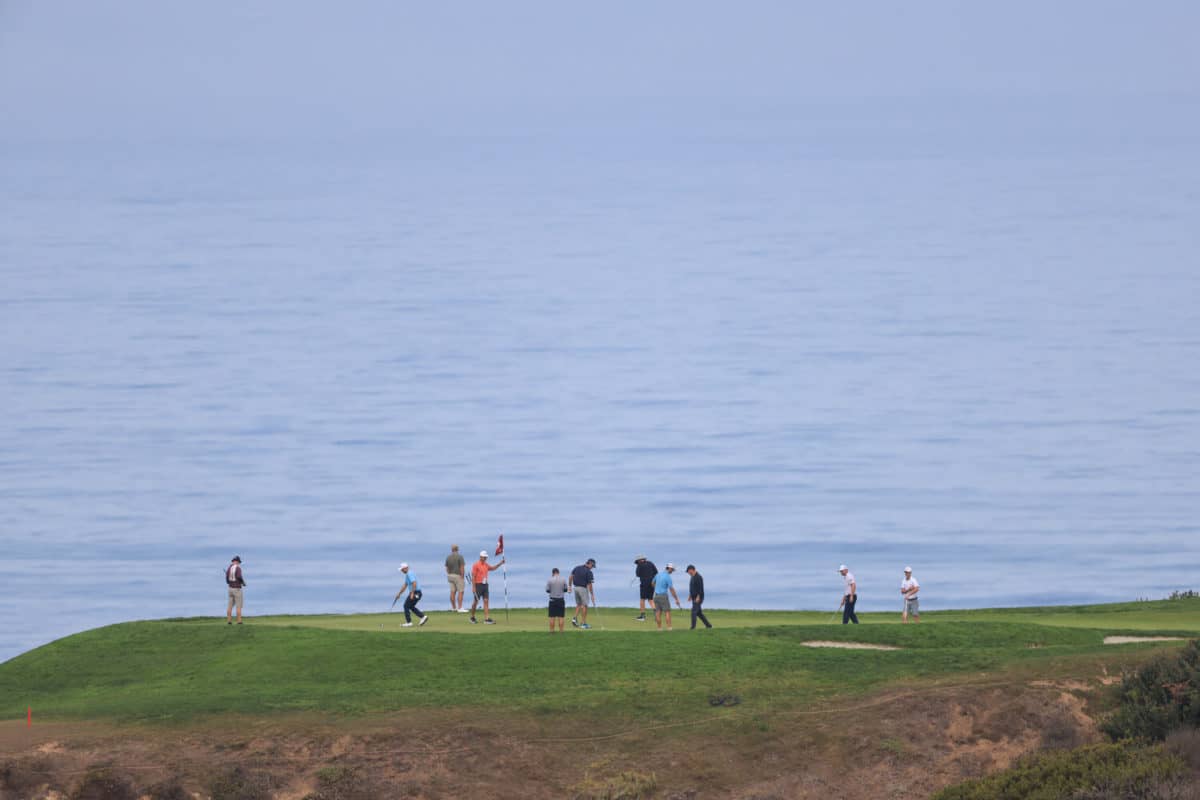 A general view of golfers playing the third green during a practice round prior to the start of the 2021 US Open at Torrey Pines Golf Course. Picture: Sean M. Haffey/Getty Images

Jordan Spieth, a three-time major winner, agrees about the difficulty of the par-71 challenge.

“This is one of those golf courses,” Spieth said. “You have to just be ‘on’ and it will eat you up if you’re not.”

“Around the greens, it’s wicked,” Spieth said. “Spotters are going to have to be really on their game because you can hit some shots five feet off the edge of the green and really have to look hard to find your ball.”

As for the fairway rough, Spieth warned, “You’re not really advancing more than a 7-iron for a lot of those lies, just trying to tumble it down the fairway.”

“For the most part, I’m going to be trying to bomb it as much as possible and try to gouge it out when I don’t hit it in the fairway,” he said.

“I really don’t know if bunkers or rough is better, but for sure getting as close as I can to the green is going to be a strategy of mine.”

Six-time major winner Phil Mickelson, trying to complete a career Grand Slam at age 51 after winning last month’s PGA Championship, warns that firm fairways can bring too much distance and a tougher approach.

“The ball runs out and it gets down there to a pretty good spot,” said Mickelson. “There are a lot of holes where it turns or tightens and I don’t really want to get to that spot.”

The left-hander will use a 2-wood off several tees for just the right distance.

“That seems to fit the right yardage on a lot of those holes,” he said.

“With fairways being more narrow and having the rough so thick, it’s now a more positional type game rather than just set up and hammer a drive everywhere,” Reed said.

– Patience is a virtue –

Four-time major winner Brooks Koepka, a runner-up at the PGA, is back after right knee surgery in March.

“I feel very comfortable on it. I can do everything I want,” he said. “I’ve got more mobility right now than I ever have.”

Rahm and second-ranked Justin Thomas could overtake Dustin Johnson for world number one with a victory if Johnson finishes worse than 18th.

“He’s obviously a guy to look out for,” 2020 PGA winner Collin Morikawa said of Rahm.

“I clearly haven’t been playing well and consistent, but I definitely have been playing better than the results have shown,” Thomas said. “Something I’ve learned is that it doesn’t matter what state my game is in if I’m not mentally fresh and ready.”

“Every part of your game, every part of your mentality, will be required to do well,” he said. “It’s all about leaving yourself in the right spots and taking the big numbers off the card. Let your mistakes be bogeys and make your birdies when you get your chances.”