US Open preview: The nine South Africans in the field

Louis Oosthuizen's game is in good shape following his runner-up finish at the PGA Championship, while Garrick Higgo is the talk of the town after his win at the Palmetto Championship last week. 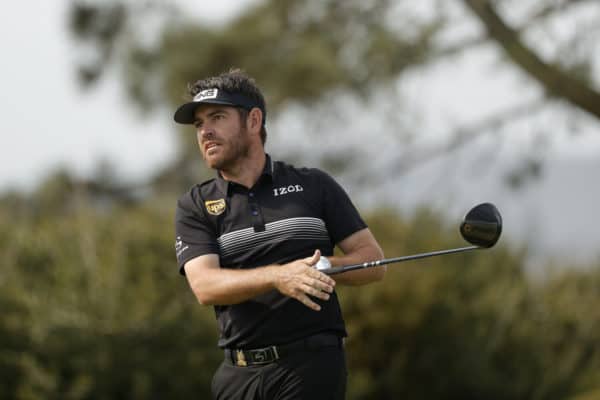 Louis Oosthuizen of South Africa plays his shot from the sixth tee during a practice round prior to the start of the 2021 US Open at Torrey Pines Golf Course on Tuesday. The tournament tees off on Thursday. Picture: Ezra Shaw/Getty Images

It goes without saying that getting himself in contention in a major championship again is Louis Oosthuizen’s first goal in the 121st US Open Championship which tees off at Torrey Pines in San Diego on Thursday.

Fresh off his second runner-up finish in the PGA Championship, Oosthuizen cast aside his happy-go-lucky approach to missing out on adding to his major championship tally and gave people an insight to how much missing out again hurts.

He has finished second in all the major championships since he won his only title at the Open Championship in 2010, and his response has always struck the world as “mature”.

“Another second place, you know, I’ve got to take it,” he lamented at the conclusion of the PGA Championship. “But I feel like I could have probably got two or three more shots out of my game.”

And there it was. Oosthuizen wants to win as badly as anyone else, and he was finally admitting to it. “Look, I feel like I’m playing my heart out to get a second major, and I do know I have the game to do it,” he said. “This was close. My game wasn’t great on the weekend. It was better on Sunday than on Saturday. So I just need to work harder on it to get myself in contention again.”

As ever in a major, he will be up against great players who are just as equipped as he is to win major championships, but he will have to take the knowledge that he was better than all but one of them – Phil Mickelson – in the last major championship.

There is another South African major champion in the field, and he will be sailing under the radar. Charl Schwartzel won the Masters in 2011, and, while he missed the cut in the PGA championship this year, there have been signs of life in his game as he returns from a prolonged injury battle.

Much of the focus among the South African players will be on the young pair of Garrick Higgo and Wilco Nienaber. Higgo won on just his second start on the PGA Tour last week. His first start was the PGA Championship.

With such an impressive record of winning early – he won his first tournament on the Big Easy Tour, his fourth on the Sunshine Tour, his seventh on the European Tour and his second on the PGA Tour – it would not be too much of a surprise to see him in contention this week as he plays in his second major.

Nienaber has captured attention for his prodigious distance off the tee, and, if he can use that well this week and not disappear into the extremely penal rough, then he can start to show the rest of his game off to great effect.

Branden Grace will bring experience to bear, with his fourth and fifth place finishes in 2015 and 2016 to draw on, as well as recent good form. He was a qualifier for the US Open, together with Schwarztel, Thomas Aiken, Dylan Frittelli and Erik van Rooyen.

Christiaan Bezuidenhout is the last of the nine South Africans in the field, and he qualified by virtue of his world ranking. He has the game to contend, and has been able to take a measured approach to the build-up to Torrey Pines by taking time off to practice.

But it’s Oosthuizen who carries the most realistic hopes of another South African major championship title in a year in which South African golf has been making an indelible mark.