Mbenge-Makhense local scrap sure to get pulses racing

Topping the bill, Lodumo “9mm” Lamati (17-0-1) takes a step up to the next level in a fight for the vacant IBO junior featherweight world title against Mexican, Jose Martin Estrada Garcia (12-1-1). 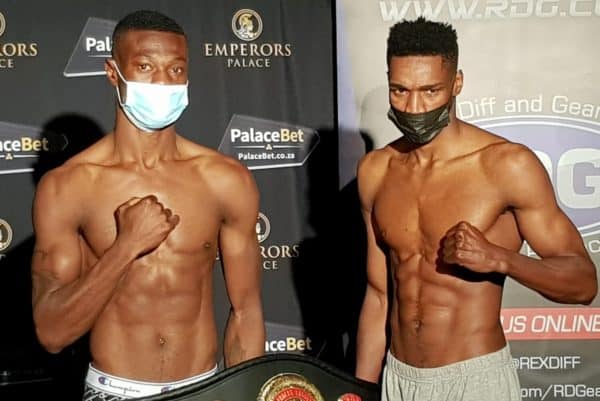 Jabulani Makhensi (left) and Thulani Mbenge are expected to thrill boxing fans at a bout at Emperor's Palace on Saturday. Picture: Droeks Malan

It is not often that a main supporting bout has the excitement value to potentially upstage a main event on a boxing card.

Without detracting in any way from what is a very impressive, high-powered five-fight Golden Gloves card dubbed “Generation Next” at Emperors Palace on Saturday night, it could well be another highly-touted local match-up that gets the pulse racing.

Topping the bill, Lodumo “9mm” Lamati (17-0-1) takes a step up to the next level in a fight for the vacant IBO junior featherweight world title against the tough Mexican, Jose Martin Estrada Garcia (12-1-1).

But the fight that could potentially steal the show is the local welterweight showdown scheduled for 10 rounds between Thulani “Tulz” Mbenge (17-1-13 knockouts) and unbeaten Jabulani Makhense (11-0-5 ko’s), with the WBA Pan-African title at stake and the dangling carrot of a possible top 10 WBA ranking.

Guided by two very astute trainers in Sean Smith (Mbenge) and Sebastiaan Rothmann (Makhense), both fighters are very much at a watershed point in their respective careers.

Hard-punching national welterweight title-holder Mbenge is the more pedigreed fighter and on a solid path to redemption after losing his IBO championship to the craggy German Sebastian Formella in Germany in 2019.

Makhense looked decidedly uncomfortable when he out-pointed spoiler Kuvesa Katembo in his last outing, but Rothmann saw that fight as an integral part of his charge’s boxing education.

For Makhense, by Rothmann’s own admission, the “learning process is over” and he knows all too well there is no real future path internationally if he doesn’t get past the formidable Mbenge.

Makhense is probably the marginal underdog, but according to Rothmann, much depends on how his charge manages to disrupt Mbenge’s organised game plan and get him to switch tack.

Lamati, 29, has been described by Golden Gloves promoter Rodney Berman as “the best-kept secret” in South Africa.

Hovering between SA and the UK at one stage, Lamati’s career hit the doldrums until manager Brian Mitchell stepped in and linked him up with Johannesburg trainer Phumzile Matyhila.

With bigger things already brewing, he had a useful “keep busy” eight-rounder against Tanzanian Said Mohamed Hassan in March, which he comfortably negotiated. 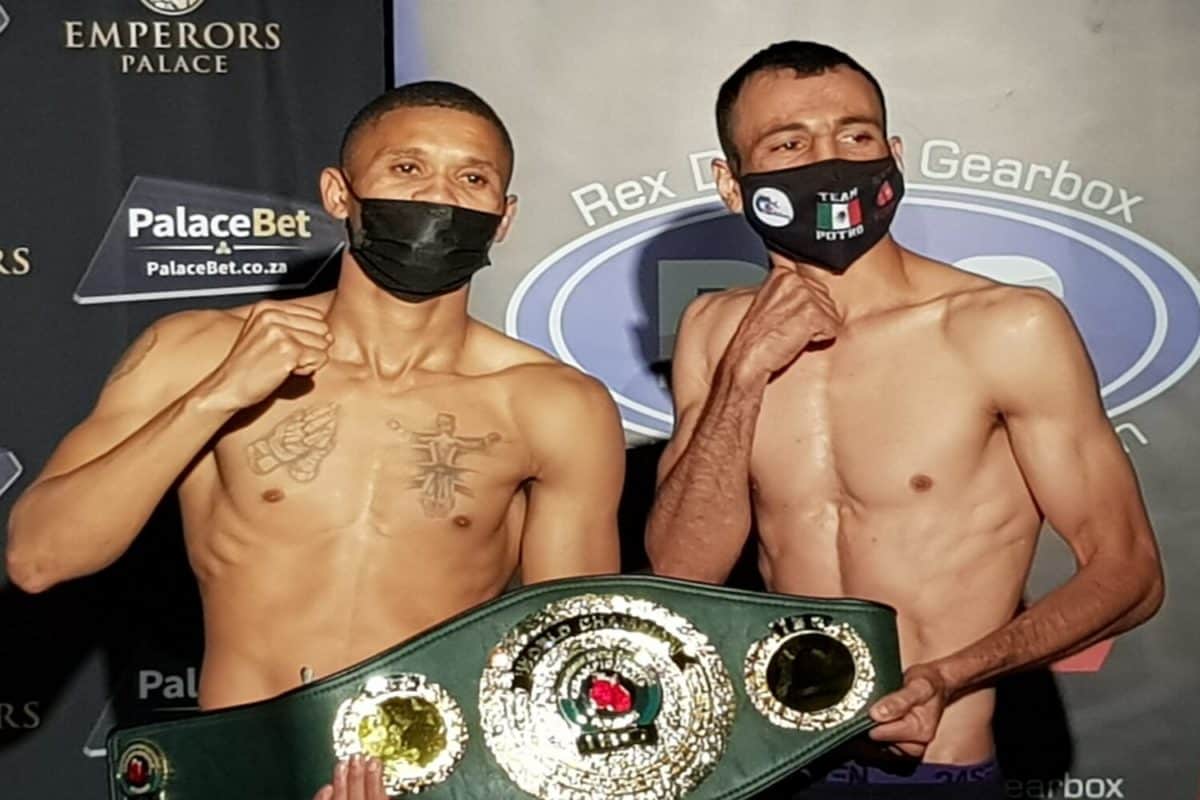 Besides maybe lacking a killer punch, Lamati has no inherent weaknesses, he’s slick on his feet, a good mover, very hard to tag and known for his high work rate, but in WBO Latin American champion Garcia, he is likely to find a sticky customer.

In a cruiserweight rematch slated for 10 rounds, Akani Phuzi (11-1-5 ko’s) gets a chance to avenge his only career defeat against the evergreen Johnny Muller 22-9-2 – 14 ko’s) for the latter’s WBA Pan-African title.

Rising junior-middleweight stars Brandon Thysse and Roarke Knapp will be in action in two eight-rounders, both getting their first taste of international action.

Thysse (13-2-1-11 ko’s) faces Finland’s Tomi Silvernnoinen and Knapp has a potentially difficult evening ahead against unbeaten Benoit Makangila of the DRC (12-0-2).

The evening tournament will be preceded by a five-bout development tournament (1.30pm start).

FEATURE: Boxing champ Hadebe 'smashing' barriers on every front
3 weeks ago
3 weeks ago

FEATURE: Boxing champ Hadebe 'smashing' barriers on every front
3 weeks ago
3 weeks ago