Bland, Henley share US Open lead with Oosthuizen one back

Five other South Africans made the cut, including young Wilco Nienaber, who is playing in his first Major. 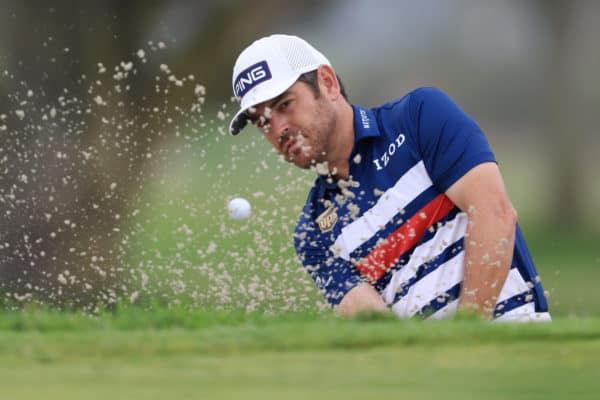 South Africa's Louis Oosthuizen plays a shot from a bunker on the sixth hole during the second round of the 2021 US Open at Torrey Pines Golf Course on Friday. Picture: Sean M Haffey/Getty Images

England’s Richard Bland and American Russell Henley, an unlikely pair of major pace-setters, shared the lead after Friday’s second round of the US Open with South African Louis Oosthuizen one stroke adrift.

Henley, on a four-year US PGA win drought and never a top-10 major finisher, lipped out a two-foot par putt on his final hole to fire a one-under 70 and settle for a share of the 36-hole clubhouse lead on five-under-par 137.

“I feel good about my game,” Henley said. “I’ve never been in this position before in a major. Just feel like I’m going to learn something no matter what happens.”

After shooting 67 on Friday, he’s a threat to become the oldest winner in US Open history, breaking the mark of 45 set by American Hale Irwin in 1990 at Medinah.

“I’m feeling pretty good,” Bland said. “I’ve been driving the ball good for five or six weeks now, which is the cornerstone if you’re going to put a fight up for a US Open.”

Oosthuizen, the 2010 British Open champion with five major runner-up efforts since winning at St. Andrews, fired 71 to share third on 138.

“Drove it nicely,” he said. “Felt like I’m putting nicely and kept it all together.”

South Africa’s Christiaan Bezuidenhout and Branden Grace are five shots off the lead after second round scores of 70, while Charl Schwartzel and Dylan Frittelli are a further three shots back. Young Wilco Nienaber, in his first Major, is the only other South African to have made the cut, and goes into the weekend nine off the pace.

Alongside Oosthuizen was 22-year-old American Matthew Wolff, last year’s US Open runner-up who is coming off a two-month mental health hiatus.

“Even today, after playing well yesterday, I was still like I wanted to stay in bed. I wanted to be where I was comfortable, not in the spotlight,” Wolff said.

“It’s awesome that I came out here and played well, but I think more importantly, I’m just getting closer to being more comfortable and being happy and enjoying it.”

World number 63 Henley started on the 10th hole, sank a six-foot birdie putt at the 18th, rolled in a clutch par putt from 17 feet at the sixth and dropped a birdie putt from just inside seven feet at the par-3 eighth to seize the lead.

But after missing a 17-foot birdie putt at the par-5 ninth, his tap-in miss left him level with near-total stranger Bland.

“I’m sure he knows nothing about me too,” Henley said.

Bland is making only his fourth career major start after missed cuts at the 1998 British Open and 2009 US Open and a share of 22nd at the 2017 British Open. It’s only the second American appearance for the Southampton resident.

A win would let Bland play an event he’s only seen on television — the Masters.

“There’s nothing like the back nine of a Masters,” Bland said. “If I can keep playing the way I’m playing, maybe next year I might be able to experience it.

It’s an inspirational age-defying tale to rival that of Phil Mickelson, who won the PGA Championship last month at Kiawah Island at age 50 to become the oldest-ever major winner.

Mickelson, trying to complete a career Grand Slam this week, shot 69 to share 30th on 144.

“I didn’t make a run today, but I’m playing well enough to make a run on the weekend,” Mickelson said.

Watson birdied five of his last six holes to shoot 67.

“Just made some putts,” Watson said. “I thought I played pretty smart.”

Rahm shot 70 thanks to an eight-foot birdie putt at the par-5 18th.

“If I can clean up my iron play and get a little more comfortable with the irons and drivers, I’ll have a good chance for this weekend,” DeChambeau said.

Four-time major winner Rory McIlroy struggled to a 73 to share 21st on 143.

“I made a couple of mental errors and missed it in the wrong spots,” said McIlroy. “One-over is still in it. Still feel like I’ve got a really good chance.” 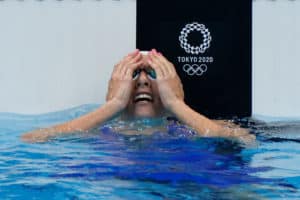 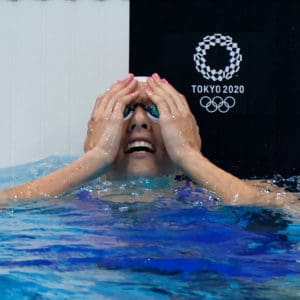