Lood de Jager is the third Springbok squad member to test positive in the build-up to the British and Irish Lions series. 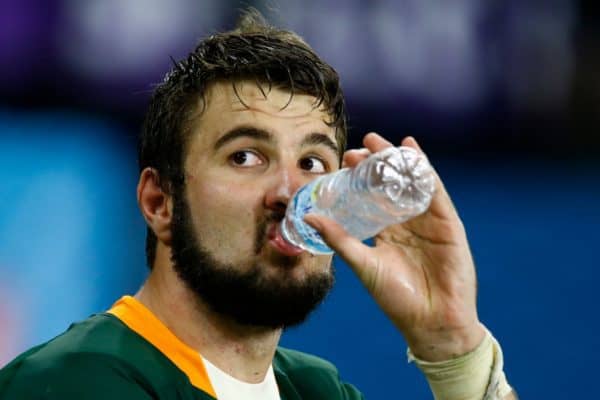 The spotlight is once again on the Springboks’ Covid protocols and the amount of lux shining on them will only be higher this time as Lood de Jager has now returned a positive Covid test, causing the team’s training on Monday to be cancelled and the entire squad returning to isolation.

SA rugby issued a statement confirming that lock De Jager, who is currently rehabilitating from a broken tibia, had tested positive after having close contact with several members of the squad, leading to the complete shutdown of activities, pending the results of further PCR testing and a review by the Medical Advisory Group.

ALSO READ: ‘I will play where the Boks need me’: Pieter-Steph du Toit

Monday’s positive test follows three players suffering the same fate the previous weekend. One of those tests – that of scrumhalf Herschel Jantjies – was later shown to be a false positive and he played off the bench in the first Test against Georgia, but Vincent Koch and S’bu Nkosi both had to go into quarantine and close contacts such as Lukhanyo Am and Makazole Mapimpi were ruled out of last weekend’s match.

But on that occasion the Springboks were able to resume training on the Monday afternoon.

De Jager is one of the overseas-based players and was meant to be making progress in his rehabilitation to the extent that team management expected him to return to full training soon.

The desperately unfortunate 28-year-old will now have to be kept apart from the squad he has worked so hard to rejoin.

The Springboks are meant to be playing the second Test against Georgia on Friday night, with the series against the British and Irish Lions starting on 24 July.