With the first Test about 10 days away there are a few players who'll be keen to make a big impression against the tourists. 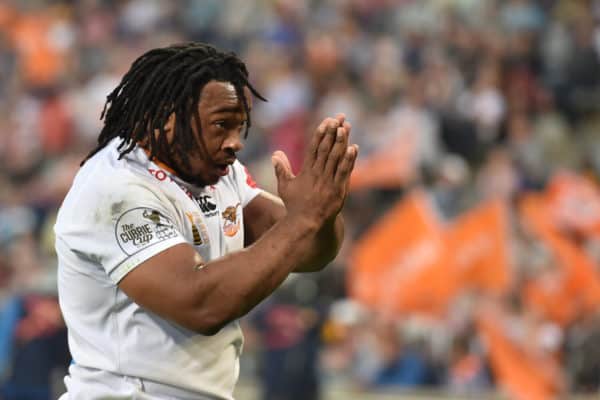 Hooker Joseph Dweba, formerly of the Cheetahs, will get a chance to show what he can do for the SA 'A' side against the British and Irish Lions on Wednesday. Picture: Johan Pretorius/Gallo Images

Let’s not beat around the bush; the SA A team is just about a Springbok Test team, and it’s also stacked with plenty of World Cup winners.

For some of the overseas-based players, like Cheslin Kolbe, Damian de Allende and Faf de Klerk, Wednesday’s match against the British and Irish Lions in Cape Town will be a first outing in South Africa in some time.

Others, who arrived back from abroad sooner, got back into action in the one-off Test, as it turned out, against Georgia.

And while we haven’t seen many of the South African players who’ll be in action on Wednesday in a green and gold jersey for a while, we pretty much know what the World Cup stars and a veteran player like Morne Steyn can do.

But there are a few others who’ll get their chance against the Lions in the Cape Town Stadium who’ll be looking to make a big impression, especially with the first Test about 10 days away.

Here then are the four players I’m most curious to see in action on Wednesday.

The 25-year-old former Cheetahs man who currently plays for Leicester Tigers is often referred to as the most likely replacement for the aging Duane Vermeulen. Standing 1.9m tall and weighing 110kg, he’s of similar build to Vermeulen (1.93m and 117kg) and is considered a powerful ball-carrier and strong defender. He’s also a lineout option.

Wiese made his Bok debut in the Test against Georgia, coming off the bench in the second half. He starts against the Lions this week in what could well be a trial ahead of the first Test. Just what it is that Wiese has that has so interested Rassie Erasmus and Co will hopefully be revealed on Wednesday.

The former SA Schools and SA U-20 hooker finally gets a run in a national senior team, even if it’s not quite the Test outfit. He’s been knocking on the door for a few years, ever since his time at the Cheetahs where he became something of a local hero and star, helping the side to the Currie Cup title.

A powerful ball-carrier, who’s tough to bring down, Dweba’s biggest task will be to find his lineout jumpers in the Cape Town Stadium; a good showing on Wednesday could see the Bordeaux Begles player earn a Test cap at some stage during the Lions series.

The selection to the Bok squad for the series against the Lions of the now 32-year-old prop raised more than a few eyebrows. Oosthuizen, who can play loosehead and tighthead, hadn’t been part of the team for a few years.

Oosthuizen is now back in favour and with 30 Tests behind his name he’s certainly got plenty of experience, but he hasn’t played at Test level since 2017 – so the question is, why pick him now?

Perhaps it’s the fact that as a Sale player he’s played against many of the Lions men, or simply that Erasmus and Co don’t really rate some of the younger men in local rugby. Either way, it’ll be interesting to see Oosthuizen face the Lions.

Not too many South Africans will know anything about the 27-year-old lock who plays for Montpellier in France and has done so for five years and earned 106 caps. Janse van Rensburg was also a surprise call-up but with doubts about the fitness of other senior Bok locks, Erasmus and Co needed experienced back-up.

Janse van Rensburg stands 2m tall and weighs 115kg and considering he’s an almost permanent fixture in the Montpellier lineup he’s obviously got something to offer; now is his time to show what that is.