The 'A' team match will give the Springbok players more match-intensity action ahead of the Test series with the Lions. 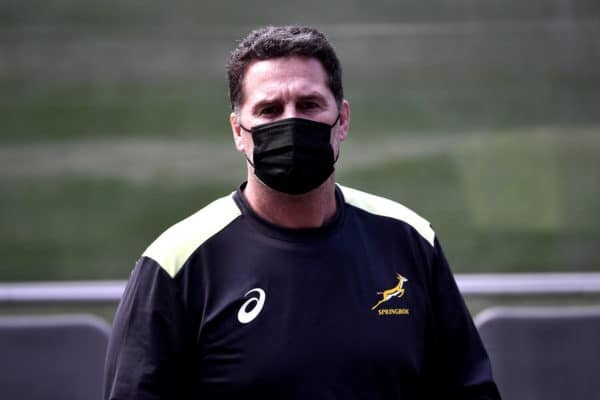 Director of Rugby Rassie Erasmus will be pleased the Springbok players will get more game time on Saturday. Picture: Ashley Vlotman/Gallo Images

South Africa ‘A’ and the Bulls will join the action of the Lions series, as SA Rugby confirmed an epic double-header at Cape Town Stadium on Saturday, with the match between the Stormers and the British & Irish Lions taking place later at the same venue in the Mother City.

SA ‘A’ will kick off at 1pm against the Bulls, while the match between the Stormers and the British & Irish Lions will take place at the scheduled 6pm.

The Bulls, who missed out on playing against the tourists on Saturday (due to positive COVID tests in their camp), will now get an opportunity to be part of the Lions series.

“We’ve been looking at options to get the Springboks an additional match to help with their preparations for the Tests, as well as an opportunity for the Bulls to be part of the series, and we’re very grateful that this game will take place,” said Jurie Roux, CEO of SA Rugby.

“It’s obviously not what we had planned when the fixtures were first scheduled, but due to the pandemic the situation is very fluid. Having said that, a double-header in Cape Town on Saturday is certainly something to look forward to and we’d like to thank everyone involved in making it a reality.”

SA Rugby Director of Rugby Rassie Erasmus was pleased to have an additional fixture following the cancellation of the Springboks’ second Test against Georgia last weekend.

“We want to be as well prepared as possible when we meet the British & Irish Lions in the Lions series, and this additional match offers us an invaluable opportunity to work on our structures, while at the same time offering the players an opportunity to stake a claim for places in the Test team,” said Erasmus.

“We had hoped for three matches in the build-up to the Test series, and the match against the Vodacom Bulls means we will get exactly that before we line up against the tourists.”

Both fixtures are subject to final PCR testing for the Stormers squad on Saturday morning.