"What a happy day that would be, for me to see a person from India win a major, and it's coming." 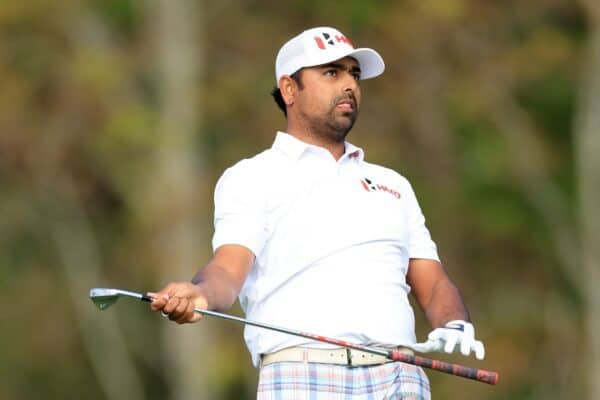 Golf legend Gary Player on Tuesday said Anirban Lahiri has it in him to become the first Indian to win a major after the 34-year-old finished second in the recent Players Championship in Florida.

Lahiri became the toast of India last week when he battled rain delays and strong winds to finish second at 12 under, just one stroke behind Australia’s Cameron Smith at the PGA Tour event.

“If Lahiri can finish second in the Players Tournament, then he can definitely win a major, no question,” the nine-time major winner from South Africa told reporters ahead of this week’s Asian Tour DGC Open in New Delhi.

“And what a happy day that would be for me to see a person from India win a major, and it’s coming. Because there is (a good) standard of play, you have got good golf courses, good climate, it can happen,” Player added.

Lahiri, who had European Tour victories in 2015 at the Malaysian and Indian Opens, entered the championship ranked 322 in the world and has now moved inside the top 100. He is ranked 89.

Lahiri had a payday of $2.18 million, the highest ever for an Indian athlete, according to local media.

“We must do everything possible to develop junior golf girls and boys to produce a champion for India. It will get enormous publicity like (Sachin) Tendulkar did for cricket,” said Player, 86.

Cricketing great Tendulkar had his own praise for Lahiri’s performance.

“You’ve made India proud, @anirbangolf! It was a close fight and these are the moments that’ll take you to the next level. Congratulations on finishing as the runner-up,” Tendulkar tweeted.

Lahiri’s tie for fifth place at the PGA Championship 2015 at Whistling Straits in Kohler, Wisconsin, had been the previous best result for an Indian at a major.