SA Athletics Champs: All the highlights from day one

From comeback victories to absent stars and misplaced hurdles, it was a topsy-turvy opening day at the national championships. 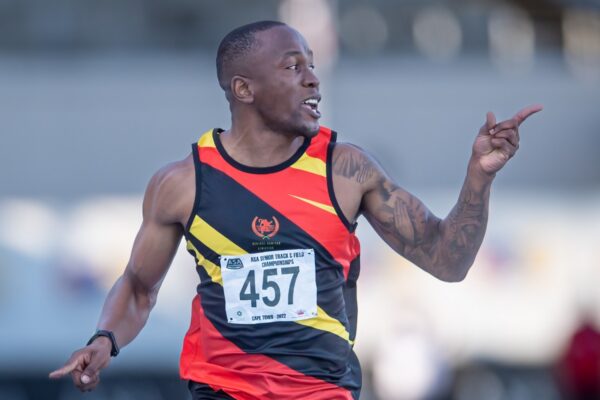 While there wasn’t much to shout about in terms of records and world-class performances, there was a mix of excitement and disappointment on the opening day of the SA Senior Track and Field Championships at Green Point Stadium in Cape Town on Thursday.

If you missed them, here are some of the highlights.

After being criticised for making a slower than usual start to his season, ahead of a packed international campaign, Akani Simbine managed to hit his straps in the 100m final.

The SA record holder was given some leeway after Wayde van Niekerk withdrew injured, and powerhouse sprinter Emile Erasmus and junior prodigy Benjamin Richardson were disqualified for false starts.

In their absence, he won gold in cool and windy conditions in 10.31 seconds, holding off challenges from 17-year-old Bradley Nkoana and 18-year-old Neo Mosebi who both clocked 10.34 in second and third respectively.

“Mentally it has been a rough couple of weeks, with everyone saying ‘Akani is gone’. But I’m not letting people’s words get to me. Everyone can talk, but when it’s time to produce, I’ll produce.”

Returning from her base in the United States, Olympic distance runner Dom Scott-Efurd kicked in the closing stages to beat a quality field in the women’s 5 000m final.

Scott-Efurd opened a gap to win in 15:28.10, with former middle-distance specialist Caster Semenya settling for second place in 15:31.50.

Semenya had been tipped to target the qualifying standard for this year’s World Championships (15:10.00) but she fell short once again and will need to head to Europe if she hopes to book her place in the SA team for the global showpiece.

One of the most promising young athletes in the country, Jingqi makes this list despite the fact that she didn’t even run.

In a disappointing blow, however, she withdrew ahead of the heats after picking up a hamstring niggle while warming up, and she was notably absent when Horn went on to win the SA title in 11.54.

Half the field in the first of the men’s 110m hurdles heats pulled up midway through the race, with organisers soon realising their mistake.

With the barriers spaced incorrectly, the hurdles had to be shifted and the race had to be held again, much to the frustration of the competitors.