There’ll be no treble for Caster Semenya in Potch

She decides to only focus on the 400 and 800 at this weekend's National Championships as Wayde van Niekerk faces stiff competition. 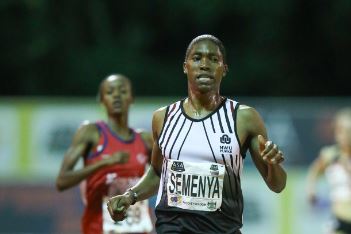 Caster Semenya will not defend her historic treble at the national championships this weekend, it was confirmed on Tuesday, after Athletics SA released the entry lists for the two-day spectacle in Potchefstroom.

After becoming the first athlete to secure the 400m, 800m and 1 500m titles at the SA Senior Championships in Stellenbosch last year, Semenya was included in the entry lists for only the 400m and 800m individual events at the national event taking place on Friday and Saturday.

The country’s other Olympic champion, 400m world record holder Wayde van Niekerk, was set to give the one-lap event a miss in order to focus on shorter sprints.

Van Niekerk, aiming for the 200m and 400m double at the World Championships in London in August, was confirmed among the entries for the men’s 100m and 200m events.

He was set to face the likes of in-form Olympic 100m finalist Akani Simbine and World Championships 200m bronze medallist Anaso Jobodwana, who were also targeting both short sprints.

In other events, Olympic silver medallists Sunette Viljoen and Luvo Manyonga were listed in the entries for their specialist disciplines, in the build-up to one of the most highly anticipated national championships in recent years.

Viljoen was the firm favourite to defend her title in the women’s javelin throw, while Manyonga was set to spearhead a world-class line-up in the men’s long jump after setting a national record of 8.62m in Pretoria last month.