"All I could think about was that we had failed. From the start of the season, there was only one goal, to medal in Tokyo." 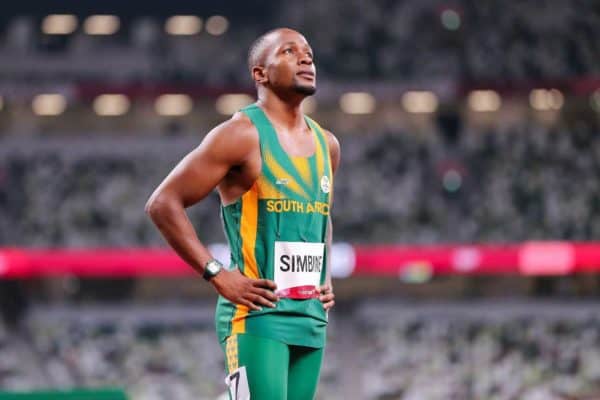 Akani Simbine just missed out on a major athletics medal at the Tokyo Olympics, but will continue to pursue his goal. Picture: Roger Sedres/Gallo Images

One of the fastest men in the world, sprinter Akani Simbine has a bag full of medals, but the two most coveted accolades on offer in international track and field have remained just out of his reach.

Gutted by another near miss this year, it’s a blemish on his CV that he wants to remove over the next few seasons.

Simbine is the African champion, the Commonwealth Games champion and the South African 100m record holder (9.84 seconds), and though he enjoyed another superb season, his 2021 campaign ended in devastation.

It might seem excessive to be utterly dismayed by a fourth-place finish in one of the most popular Olympic disciplines, but for Simbine, narrow misses at the highest level are starting to hang over him like a dark cloud.

The 28-year-old sprinter was fifth in the 100m final at the 2016 Olympics in Rio and the 2017 World Championships in London.

And though he graduated to fourth position at the 2019 World Championships in Doha and at this year’s Tokyo Games, Simbine and his coach, Werner Prinsloo, are becoming desperate to break their medal drought in track and field’s most prestigious global events.

“The Olympic final (in Tokyo) was a result we did not expect and we were devastated,” Prinsloo told TuksSport.

“Afterwards, I could not help but wonder whether it was all worth it… and all I could think about was that we had failed. From the start of the season, there was only one goal, to medal in Tokyo.”

Simbine is likely to have another opportunity to target a medal at the 2024 Paris Olympics, and he’ll have two chances before then to reach the World Championships podium, with successive editions of the global showpiece being held in Eugene next season and in Budapest in 2023.

“At first (after the Tokyo Games) Akani and I were angry with ourselves and everyone around us,” Prinsloo admitted.

“Now we are at a stage where we’ve got to accept what happened. There is nothing we can change.

“We need to learn from what happened and try and take some positives from the Tokyo Olympics.”