Hashim Amla shines in his 100th Test, with help from JP Duminy

The Proteas' bearded wonder fittingly scores a hundred in his 100th Test but he can't deny the important role his partner played. 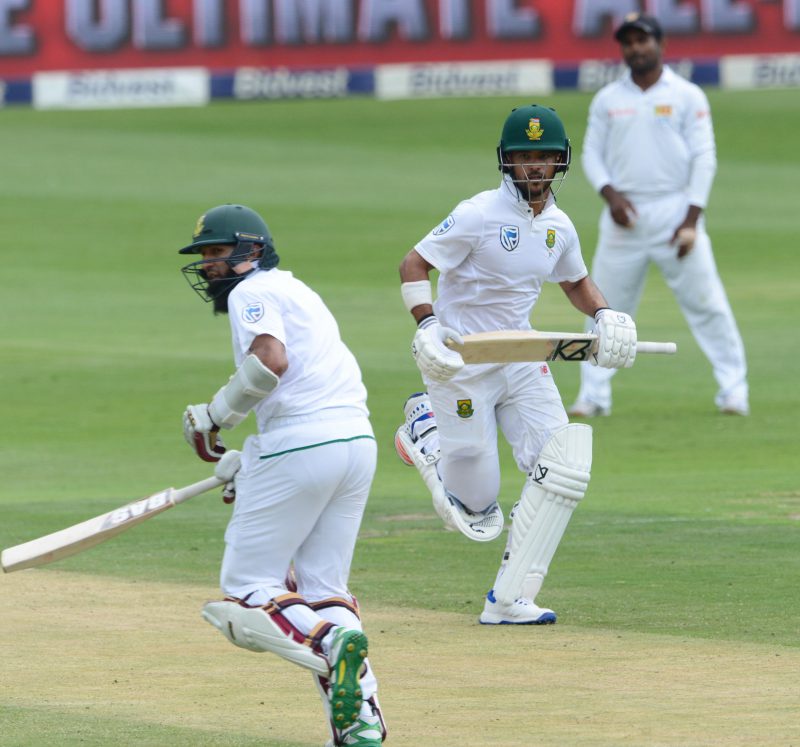 Even if South African cricket fans wished Hashim Amla would hog the spotlight more off the field, it’s simply not the way the man operates.

He does that on the field.

The Proteas’ bearded star on Thursday became the eighth player in the history of Test cricket to score a hundred in his 100th Test, providing the perfect script for a near-perfect player.

His unbeaten 125, together with JP Duminy’s elegant 155, was the cornerstone of the home side’s 338/3 at the end of the first day’s play of the third Test against Sri Lanka at the Wanderers.

Some would say this achievement was never doubt given Amla’s reputation but that’s not quite the case.

The 33-year-old veteran had gone into the match not having scored a fifty in his last 10 Test innings.

Of more concern was the fact that he kept getting out in a similar manner, caught behind or bowled by deliveries close to off-stump.

And at times it didn’t even seem as if try to remedy his footwork or approach.

There were times during this stellar knock that it didn’t seem as if Amla was going to make 20.

He prodded, scratched and poked his way to a painful 6 off 41 balls and was even dropped in the gully whilst playing a loose drive on 5.

Yet Amla’s patience and concentration never let him down, he was going to be downright ugly – no matter what observers would say.

As a result, the confidence gradually came back as he even started cover-driving his nemesis, Suranga Lakmal, and used his feet to attack the wily spin of Rangana Herath.

The attention Amla was grabbing with both hands was hard on JP Duminy, not that he’d mind given the occasion.

Known for not quite converting good starts, Duminy played a special innings.

He was fluent and in control, striking 18 fours and never giving the admittedly mediocre Sri Lankan attack an inch.

But his biggest contribution was guiding Amla through his tough period.

Duminy farmed the strike initially, keeping pressure off his partner and also scored at the type of rate that meant South Africa didn’t become bogged down.

Earlier, the opening pair of Stephen Cook (10) and Dean Elgar lost their wickets cheaply after previously never looking in any real trouble.