Vernon Philander the philosopher chills over his wicket drought

The Proteas seamer hasn't had many victims to celebrate in the Test series against New Zealand but he's hardly bothered by that. 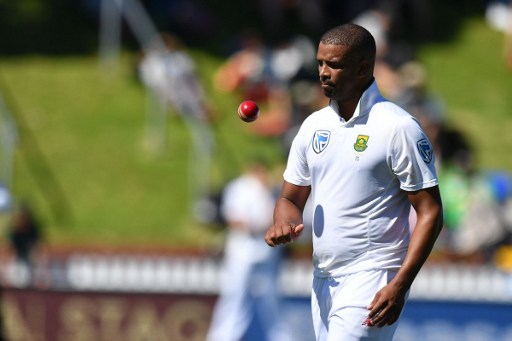 It’s almost freaky to consider that Vernon Philander has only taken two wickets to date in the Test series against New Zealand.

But luck hasn’t quite been on the 31-year-old Proteas star’s side.

Not that he’s worried about it going into Saturday’s third Test in Hamilton.

“I’m not bothered at all,” said Philander on Thursday.

“You’re going to get games where certain bowlers shine and others don’t. The way (left-arm spinner) Keshav Maharaj came out and bowled in Wellington and Dunedin is phenomenal. The wickets are on the slow side here so it is an adjustment for us as seam bowlers. It’s a good challenge for us.”

Given that Philander took an astonishing 21 wickets in three Tests in 2012’s series, it’s hardly surprising that the New Zealanders have tried to cultivate pitches that don’t suit him.

Thankfully, the spin of Maharaj and JP Duminy have been able to make up for that.

“Look, it’s understandable that a team would want to create home conditions that are favourable,” said Philander.

“It’s up to our attack to negate that and the spinners have done that. What’s important is that we as a bowling unit take 20 wickets. It doesn’t matter who takes them.”

Supposedly it’s also easier for him to accept his lack of wickets when his coach, Russell Domingo, states that he’s been merely unlucky.

“He’s been outstanding for us,” said the Proteas mentor.

“When Vernon has been away, he’s been the bowler that we’ve missed the most. He’s a skillful cricketer and has contributed in every game, even if the stats columns don’t show that. He controls the game.”

Instead, Philander has shown up some of his top-order teammates with some vital runs, especially his unbeaten 37 in the victory at Wellington.

“I’m just thankful to get an opportunity. I don’t feel that the lower order is being put under pressure,” he said.

“Sometimes the top-order doesn’t fire. I think it’s just a time for us batters to tighten our techniques again.

“On the generally good wickets worldwide, you concentrate on just hitting through the line and don’t work on your technique. Maybe the pitches here have helped us realise technique is important.”