Proteas’ Rassie is the perfect ‘mercenary’

His international debut against Zimbabwe couldn't have gone better, but the Highveld Lions star has plenty more to give after his adventures abroad. 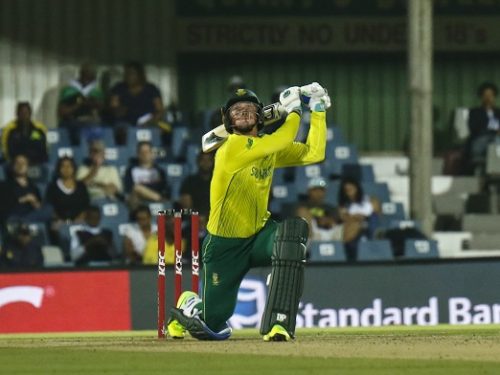 When one hears a modern cricket professional plays T20 tournaments around the world, the word “mercenary” jumps up immediately.

It’s not always a good thing.

World cricket has had too many examples of accomplished players being lost to international cricket because of the riches these tournaments bring.

Yet the Proteas have found the perfect “mercenary” in Rassie van der Dussen, a man who’s travelled abroad to bludgeon T20 attacks but is still available for national duty.

In a modern context, it’s a pretty nice arrangement.

“You come up against some of the best teams in the world in these tournaments. Doing well there gave me the confidence to know that I can perform at that level.”

That confidence was very much apparent on Tuesday evening when the Highveld Lions star made a composed 56 on international debut against Zimbabwe in East London.

It was a fluent, if unspectacular effort off 44 balls.

“It was pretty close to perfect – a fifty on debut, and to top it off the team winning, which is obviously the most important thing,” said Van der Dussen.

“It’s a dream come true for me. I couldn’t be happier.”

Van der Dussen returns to a favourite hunting ground – Senwes Park in Potchefstroon – on Friday, a venue where he established himself as a senior-level player at North West and the Lions.

“As a player, you always have to try to learn and adapt,” he said.

“You want to get better every day. I came up against Zimbabwe’s bowlers for the first time, so going into the next few games I will reassess and see where I went wrong and where I can do better. Hopefully, I can emulate what I did here in the last two games.”