Canny Pakistan bring Proteas back down to earth 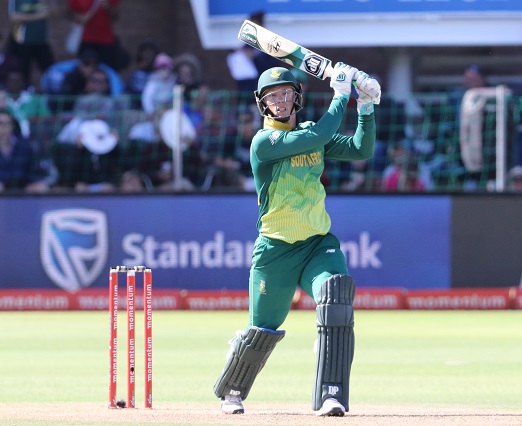 The Proteas were given a stark reality check in their build-up towards the World Cup after they lost to Pakistan by five wickets in the first ODI in Port Elizabeth on Saturday night.

It’s unlikely that the home side were complacent following their Test series whitewash as a variety of figures in the team noted before this game that the 50-over battle would be a different matter.

Pakistan are one of the most accomplished sides in the white-ball format and it showed as they performed calmly with bat and ball.

On a slow, rather dead pitch, their varied attack kept things in check well with the ball despite not ever dominating.

That was illustrated by South Africa’s good, but hardly unbeatable 266/2.

Pakistan’s batsmen then exploited a host attack that wasn’t particularly well suited to the surface.

They only had one spinner in Imran Tahir (1/44), who bowled economically, while Dwaine Pretorius’ cutters kept a lid on things.

But Kagiso Rabada generally bowled within himself and Test series hero Duanne Olivier (2/73) showed his inexperience on debut by being too short and, frankly, predictable.

As a result, Imam-ul-Haq serenely stroked his way to an anchoring 86 and received good support from Babar Azam (49).

A brief wobble was offset by the experience of Mohammad Hafeez, who showed all his class in scoring a brilliant, unbeaten 71 off just 63 deliveries.

The 29-year-old fully repaid the faith shown in him by crafting a superb 93, narrowly falling short of becoming the fourth South African to score a hundred on his first international 50-over match.

Van der Dussen’s profile has been steadily rising over the past two years and also impressed on his T20 debut last year, making 56.

Following his run-scoring exploits in the Mzansi Super League, where he topped the charts, it became too hard to ignore him.

There were times where he struggled against spin, particularly the leggies of Shadab Khan, but thrived against pace, hitting all of his three sixes against the faster men.

However, the role of the evergreen Hashim Amla in his partner’s serene start to his Proteas career can’t be underestimated.

The bearded stalwart was the mainstay of South Africa innings, skillfully keeping things going while Van der Dussen was finding his feet.

His knock was full of nudges and wristiness, though he appropriately brought up his hundred with a six.

South Africa won’t necessarily be comfortable with the target they’ve set, but they should take into account that the surface is noticeably slow.