Proteas won’t be foolish just to be aggressive

Reeza Hendricks becomes the latest member of the national side to defend a subdued batting effort in PE at the weekend. 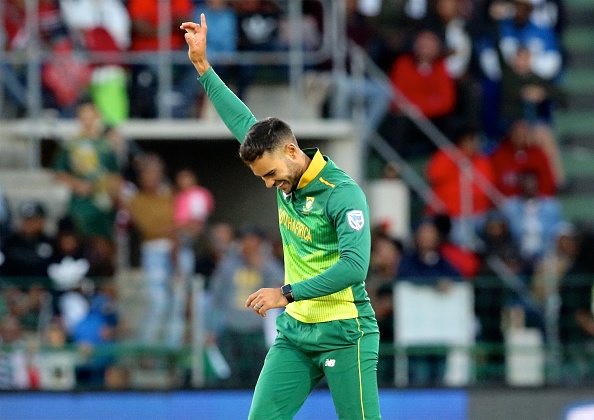 Aggressive but not foolish.

Reeza Hendricks has reminded critics of the Proteas’ batting philosophy after they copped flak from some quarters following the five-wicket loss to Pakistan in the first ODI in Port Elizabeth at the weekend.

South Africa only managed 266/2 at St George’s Park, a score deemed too low for a side that only lost two wickets.

Yet forcing the pace on a wicket that’s not friendly towards stroke play arguably leads to even lower totals, especially if wickets fall regularly.

That’s why Hendricks, much like his current opening partner Hashim Amla, isn’t going to apologise if they adopt a more practical approach.

“In the end, when you go out to middle, we have to assess conditions up front and bat accordngly,” the 29-year-old Highveld Lions star said on Monday ahead of Tuesday’s second ODI in Durban.

“On the day, one guy might be feeling a bit better and he’ll take the lead in batting deeper into the innings. In PE it was Hash that eventually got to his hundred. It was his day then, but it could be mine the next.

“Pakistan bowled really well on a slow pitch. In our minds, the way we want about the conditions was the right way and we felt it was a good score.”

Given that Hendricks is only the third Protea to score a century on ODI debut – in Sri Lanka last year – he’s well aware the frustration his Lions teammate, Rassie van der Dussen, must’ve felt in falling seven short of the same feat at St George’s Park.

“I was quite proud of him,” said Hendricks.

“He contributed a lot. It was disappointing that he couldn’t reach three figures, but his contribution was great. I’ve played a few years with him now and I know what he’s capable of. It’s good that he showed it.”